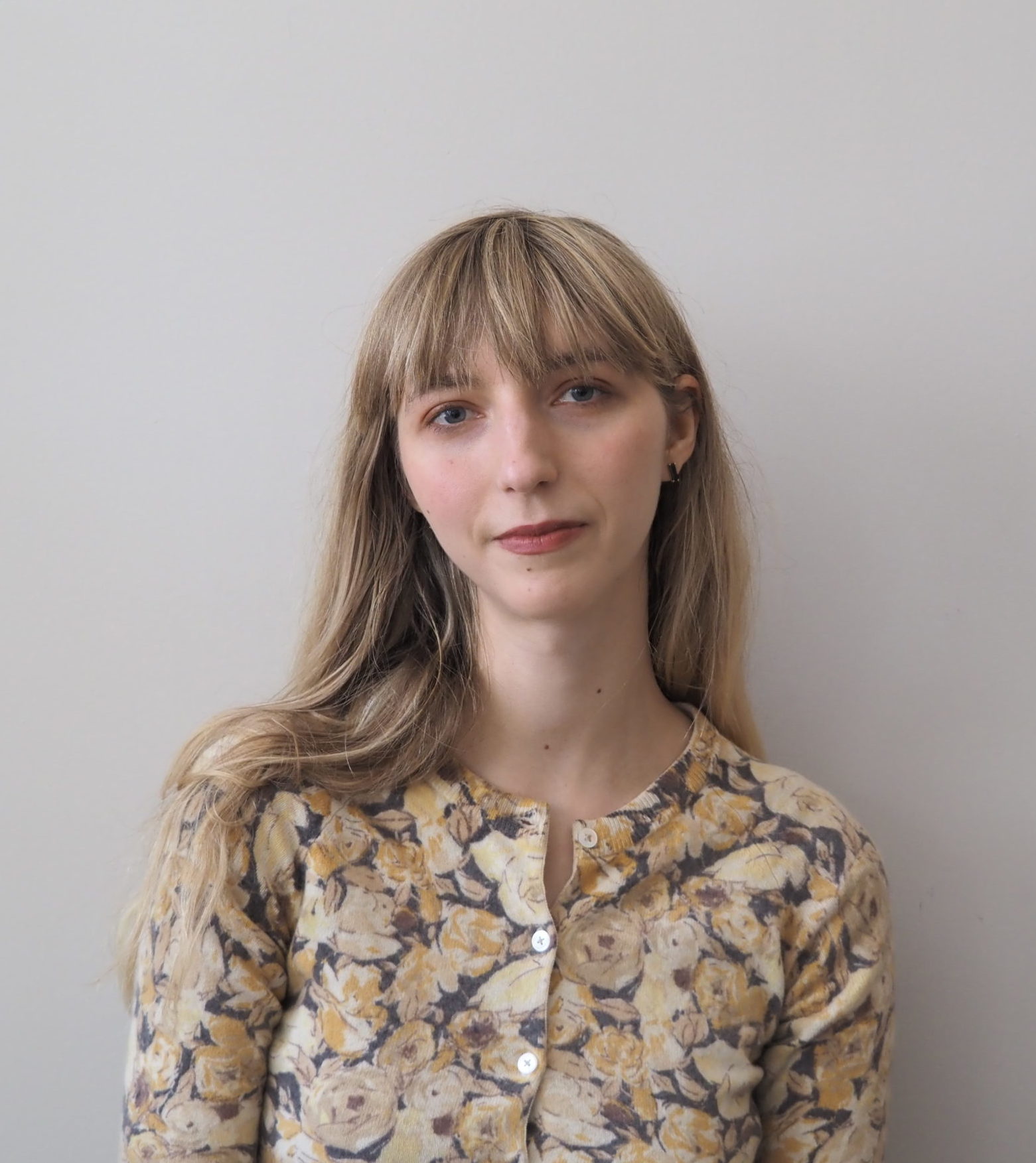 “We all want a story,” says Myken McDowell. McDowell’s quest for narrative involves excavating memory to explore both its vacancy and fullness. Her evocative work scrapes at layers of an ever-growing archive; with source materials that include photographs of akiyas (Japanese vacant houses), houses closer to her home, and vintage family films. “You have to make things up based on information you get from a variety of places,” says McDowell. She has an interesting take on remembering, which she credits to Sally Mann. “If you really want to remember something it’s a better idea not to take a picture. You’re not actually remembering the experience, you’re remembering the last time you looked at that photo.”

The adage “Hindsight is 20/20” is itself imperfect. Memory is as malleable and flawed as our own personal narratives. McDowell’s work captures moments in flux, a recollection in print or video that tells a story in a space, or place, in time.

Music you play while working: Lately, House in the Tall Grass (album by Kikagaku Moyo) 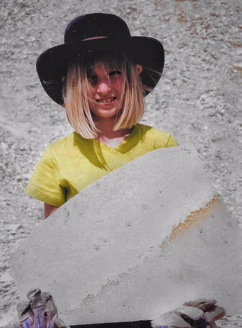 What/who do you consider to be the greatest influence on your work?

When I was 10, my dad took me to an archeological dig in Jordan for a summer. He woke me up at 5 am six days a week to sift through piles of dirt and touch ancient pottery shards—looking back, that trip had considerable influence over how I think about time. Time passing and the passing of knowledge and experience over generations are themes I continue to grapple with in my art practice. I have also been fortunate to have had some truly excellent teachers. I owe a lot to Mitch Mitchell for introducing me to a printmaking process called photopolymer gravure in the last year of my BFA. It’s what got me into graduate school.

When did you begin printmaking and what attracted you to it?

I dabbled in printmaking throughout my undergrad but was a Fibres and Material Studies major, so I didn’t call myself a printmaker until I finally took an upper-level print course called “Examining the Graphic Photo Matrix.” Having space to explore my interest in time-based media was the tipping point. I am very into the slow, process-heavy, tactile nature of making a print, and then using that print to make a video that’s over in a matter of seconds.

The artist statement on your website states “we are what we remember.” How does childhood memory weave its way into your work?

The conflation of personal documents—especially photo and video documents—and personal identity is a significant part of what I do. I used to think of memory as a fixed thing. Then I realized I have no real memories from my childhood. I have lots of photos of me and stories that my parents and caretakers like to tell from that time, but no actual recollection of the day those photos were taken. I don’t trust my memory at all, but our bodies, surroundings, relationships, everything changes with time. In this way, our memories are the only thing that makes us who we are. I am endlessly fascinated by that, so I draw from personal archives and examine the spaces they inhabit as a way to both question and reconstruct memories of childhood.

In fall 2019, you were a visiting arts researcher at Musashino Art University in Tokyo, Japan. In hindsight, how would you describe your experience there? How did that experience inform your work and your practice?

Before that trip, I understood communication would be difficult (my Japanese is non-existent). That photopolymer gravure—the process I love—wasn’t done there, not to mention I had no clue how I would track down the subject matter I wanted to photograph. So, while there was a goal in mind, I had no real expectations. My experience at Musashino Art University completely surpassed those ideas. Not being able to communicate with words as easily, I think, made me a more careful observer. And while I probably could’ve gone the photopolymer route if I wanted to, I instead had the opportunity to learn a printmaking process not widely taught in Canada: TPR photo etching. Participating in a workshop on this technique led by master printmaker Hitoshi Nakamori broadened my technical skillset. It also extended the thematic concerns of my art practice in ways I had not anticipated.

Regarding the whole finding a subject thing, a lot of people went out of their way to help me on that front. I have enough photos and video footage from Japan to fuel 100 future projects, roughly. It’s a place I will hold in my heart forever. 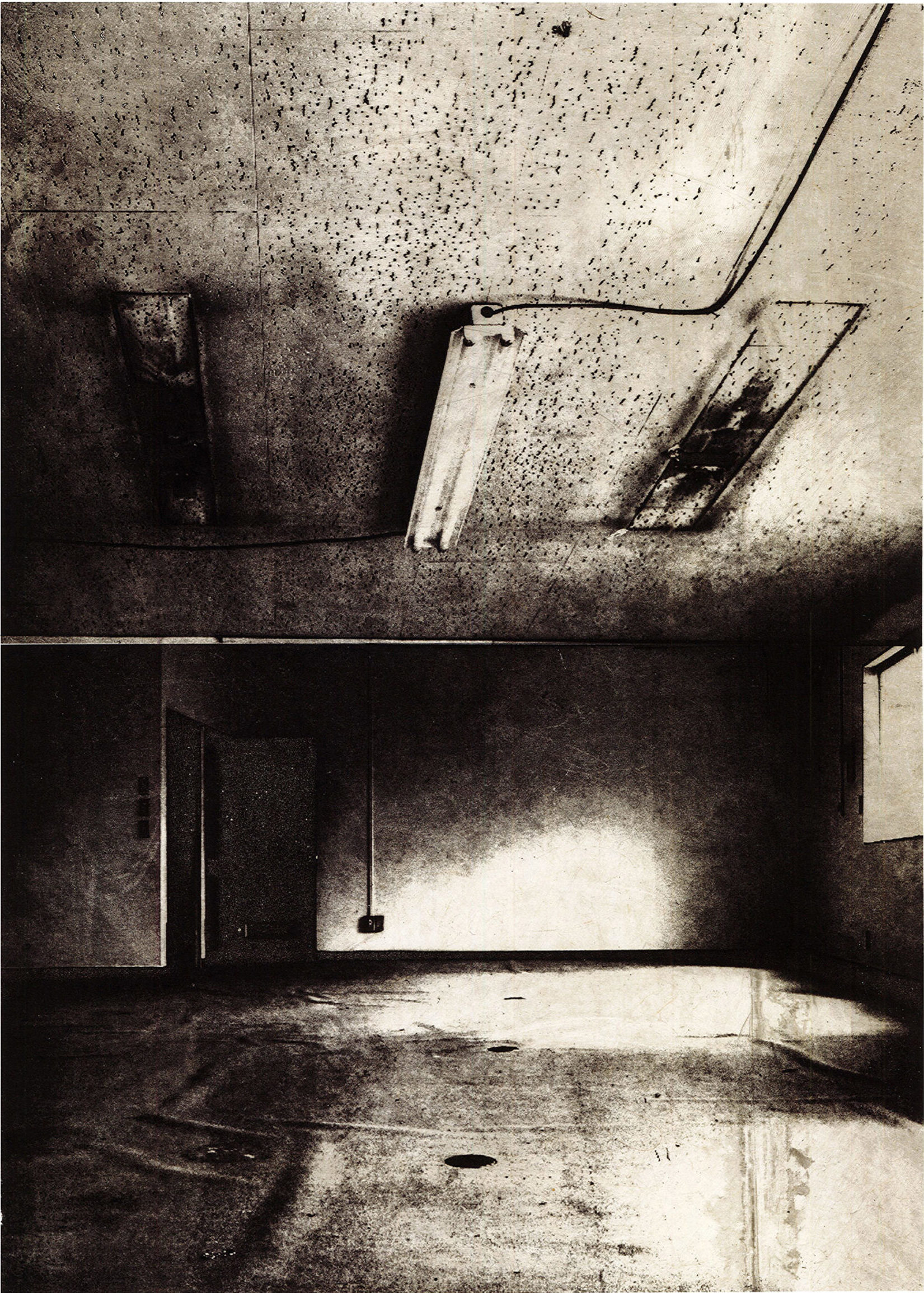 Typhoon Hagibis was a catastrophic cyclone that hit Japan in October 2019 and your etching, After Typhoon Hagibis—Kodaira is both eerie and sad. How do you deal with the concepts of devastation and regeneration in your work?

Throughout my work runs the subject of loss. Whether it relates to memory and identity formation or associated with the passing of individual and cultural histories—loss is always there. In Japan, I was documenting unoccupied houses, so I was looking at losses directly and often. To experience it can be devastating, Typhoon Hagibis was devastating. In the aftermath of a catastrophic event like that, there is value in looking forward. With my art; however, I am interested in exploring how nostalgia and careful observation of whatever’s left in front of us can be a tool to take on new challenges and opportunities—which is a form of regeneration.

Human forms seem to be absent in your prints; however, they play prominent roles in your videos. Is this a conscious decision?

You’re right about an absence of humans in the most recent work—and that is a conscious choice—but humans show up in a lot of the MFA prints. Throughout my time in graduate school, Super 8 films from my mom’s childhood were my primary source for images, and I would scan those prints to make videos. At the print stage, though, humans aren’t at the forefront—they almost disappear into a grid. Part of what makes working between moving and still images so fun is that information gets lost or comes forward that you don’t necessarily expect—which is thematically appropriate because it echos the movement and slippage that can occur in the process of forgetting.

How would you describe your creative process for your printmaking and your videos?

I approach both areas of my art practice systematically. Whether I am working with found footage or producing the footage myself, I like to have specific parameters in place beforehand. Reading and writing daily plays a critical role in establishing those parameters. In the studio, I tend to start with a film or video; then, I will select stills from the film or video to create a series of prints; after that, I scan the prints to make a new animated work. At every stage of the process, I am making creative decisions related to cropping, editing, distillation, and erosion of the images—creating subtle, gradual shifts. The source material for each piece goes through several filters, and the result is dramatically different: allowing new narratives to emerge.

In hindsight, is there any creative path you wish you would have taken and, either by choice or chance, did not take?

Well, it turns out I enjoyed sifting through piles of dirt when I was 10. Maybe I should’ve been an archeologist? Then again, maybe not. The 5 am wakeup call was rough. In all seriousness, of course, there are creative paths I could have gone down that I wonder about in hindsight. But I consider myself lucky to have followed the one that led me to Edmonton. I’ve lived in a lot of different places, and this city feels the most like home.

What projects are you currently working on?

I am very drawn to interiors—desk drawers filled with miscellaneous receipts; bed frames that leave impressions in the carpet; breadcrumbs embedded in the grooves of kitchen tables, and then emptiness. Interiors reflect the identities and habits of the people who live there. In late August, after documenting my experience emptying the home of a dead family member, I landed in Tokyo with a series of questions: can a vacant house, minus the personal connection, still bear traces of its former inhabitants? As an outsider, what can my observing these spaces reveal about their culture, memories, experiences, dreams? I am still grappling with these questions. Since returning to Alberta, I have continued to document abandoned or vacant spaces, and I still have a long way to go with the Japanese house material. The etchings are just a beginning. ▪

The History of Printmaking from Wood Blocks to the Digital Age
SNAP is on the move!