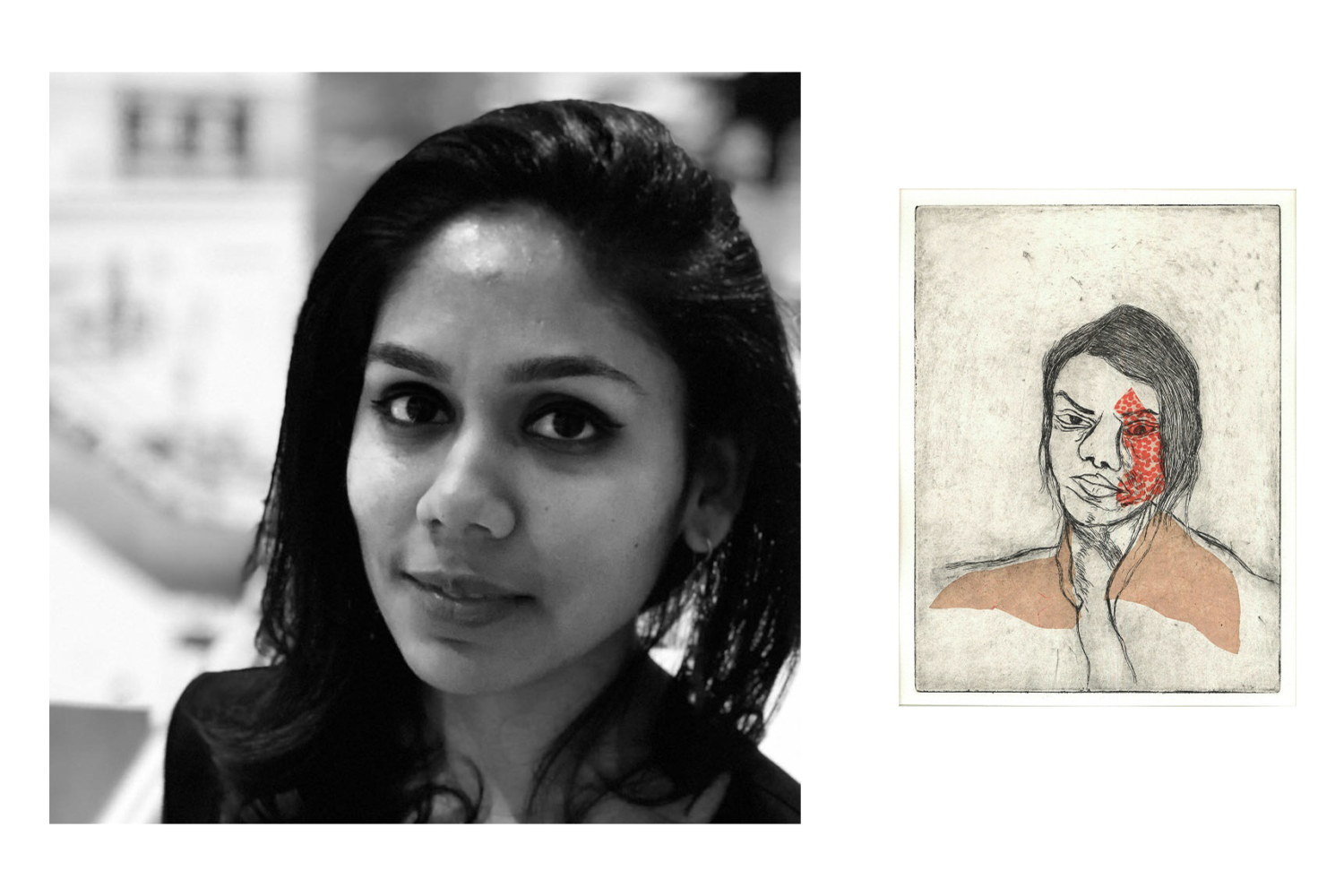 Shivangi is a practicing artist and has done her specialization in MA Printmaking from Royal College of Art, London in 2016. Prior to this, she did MFA (2012 – 14) in Fine Arts from Wimbledon College of Art, University of the Arts, London and graduated with BFA from College of Art, Delhi University in 2012. Along with the technical knowledge of Print (etching, lithography, screen print) her studio practice also includes research within the broad context of art. For her recent project, she Interviewed survivors of acid attack throughout the world and responded to their stories by using acid to etch their portraits into zinc plates. With these prints, her aim was to raise awareness about domestic abuses and violence that these women faced. In these series instead of using acid as a destructive tool, she used it as an agent of creation and tried to bring the beauty that lies within each of those individuals. Her work has been widely exhibited Internationally including Art on Paper Fair New York, E/AB Art Fair New York, Art Rooms International Contemporary Art Fair London, New/Prints Winter Exhibition at International Print Centre New York, Young Subcontinent – Serendipity Art Festival India, Fragmented Identities: the gendered roles of Women in Art Through the Ages – Mead Museum, Massachusetts to name a few. She was the 2018 receipt of the ‘Financial Grant’ from Lalit Kala Academy, India, ‘Artist Development Residency Award’, IPCNY 2018, ‘Anthony Dawson Young Printmaker Award, Royal Society of Painter – Printmakers ‘ Second Prize 2017, ‘Jerwood Drawing Prize’ 2014, and ‘Long List Signature Art Prize’ 2015. Her works are also part of a permanent collection at British Museum, Victoria & Albert Museum, Royal College of Art’s and Print Archives, London and Mead Museum, U.S.A. In 2019 her work got featured in Art in Print Journal, ‘Eye to Eye in 2018’ by Susan Tallman, from Volume 8, Number 6.