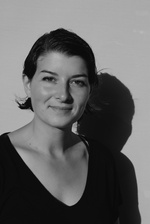 Dara Humniski is a multi-instrumentalist with a diverse background encompassing fine art, industrial design and carpentry. Using the natural world as a starting point, Dara experiments with scale and media to assemble fictional worlds with open-ended narratives that express things about the human condition.

She completed a Bachelor of Design from the University of Alberta and is a founding member of the Loyal Loot Collective. “MASS” (2011) was her first major gallery installation, hand-painted on site in Manning Hall of the AGA. Her work is included in Edmonton’s Public Art Collection and Canadian Centre for Austrian and European Studies at the U of A. Dara has shown in solo/group shows since 2005. 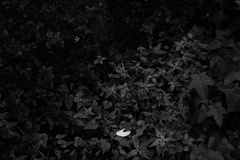