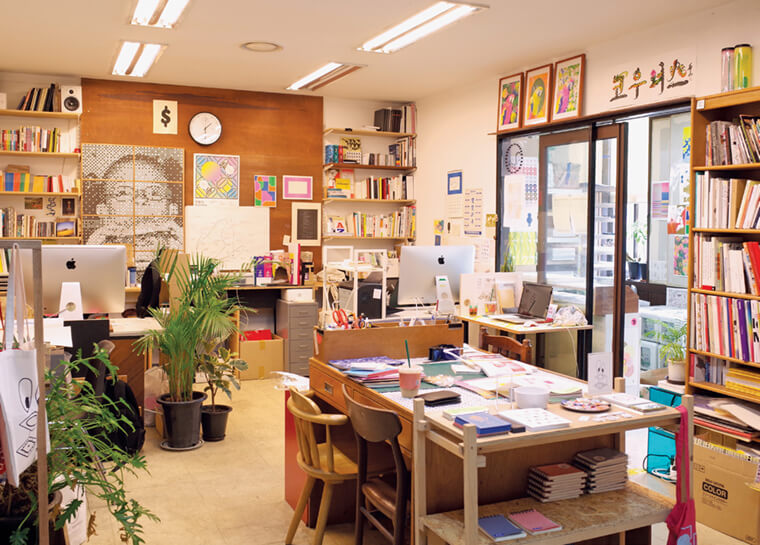 A risograph printer is a digital duplicator created by Japan’s Riso Kagaku Corporation, manufactured mainly for high-volume, high-speed, and lowcost photocopying needs worldwide. In recent years, risograph printing has seen a major resurgence with circles of artists and publishers who choose Riso for its accessibility, efficiency, and unique aesthetic. The printing process is often described as a combination of photocopying and screen printing, as it involves ink being pushed through a stencil onto paper.

Risograph print shops exist all over the world, serving the diverse needs of the communities where they are located. This article features three of these print shops: Taller Colmillo in Bogota, Colombia, Corners in Seoul, South Korea, and Risofort in Hamburg, Germany. 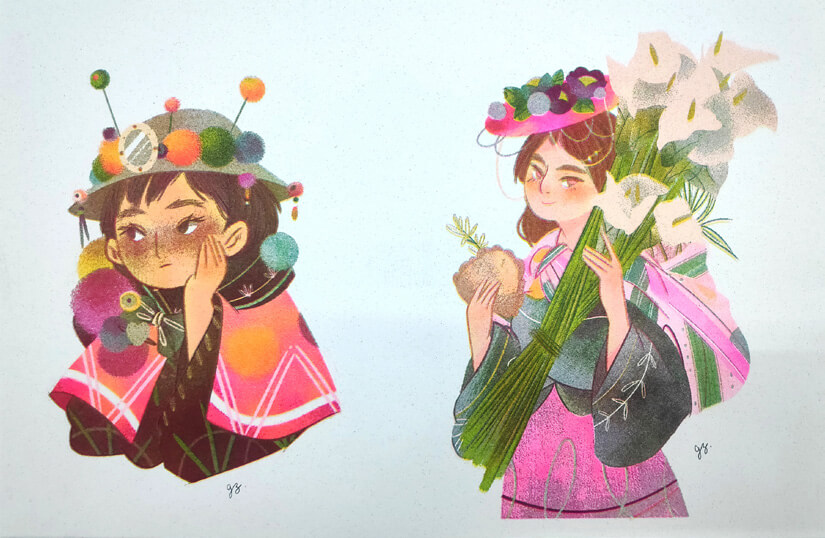 Taller Colmillo has its roots in Bogota’s underground punk and metal scenes. The owners, Dany and David, have created fanzines for these communities since 2008, and decided in 2013 to print and publish their own fanzines. After encountering continuous obstacles with silkscreen printing, they decided to try their hand with a risograph printer.

Riso duplicators are quite common in Colombia. According to Dany and David, they are regularly used “to make pirated books and the Colombian army uses them to distribute information in helicopters to look for and communicate with guerillas.” Printing these items does not require a large variety of colours, and so Colombia’s official Riso distributor is not interested in bringing in colours outside of the basics. Consequently, one of the main challenges that Dany and David face is the inaccessibility of brighter colours for their studio. Risography’s revered fluorescent coloured inks and other speciality inks are extremely expensive to import from the US, and on top of that, the Colombian peso has been consistently losing value over time.

Despite the challenges of acquiring these inks, Dany and David chose risograph printing for its cost efficiency. Because Taller Colmillo has evolved from a past in silkscreen printing, the owners note that risograph printing does not require as much labour, water, light, and other miscellaneous equipment. They emphasize the ease of “printing 30 copies of a fanzine with several inks or different types of paper, while still yielding great results without having to spend so much money or use so much material.”

Since opening to their studio to the public, Taller Colmillo has been highly involved in their local community. Dany and David have organized “fairs, exhibitions, workshops, lectures, parties, drawing clubs, and residencies” for the fanzine community in Bogota. They enjoy collaborating on “many different types of projects with different groups of people… and being involved in the depths of the process.” 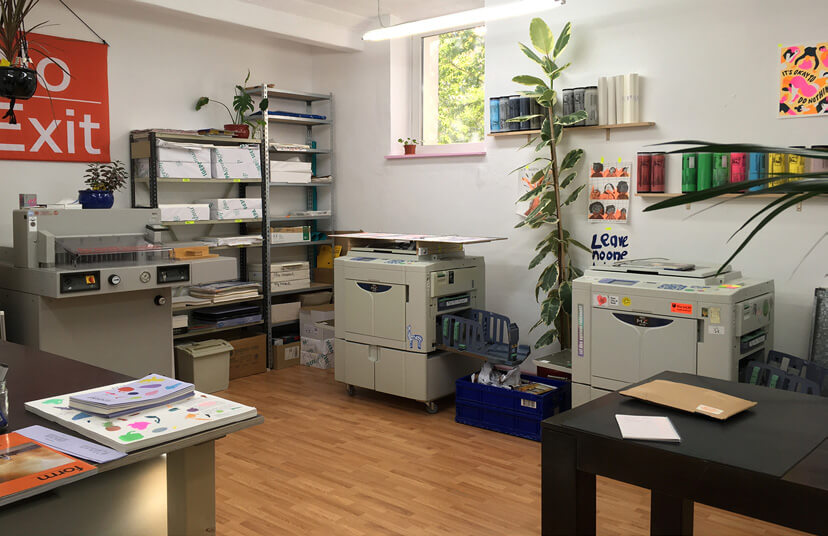 Risofort was started this year by Lisi, Martin, and Nikita in Hamburg. Risofort is a kind of extension of Risograd, which is an open risograph printing workshop that Lisi and Martin established in 2017 in Graz, Austria. After moving to Hamburg, they joined forces with Nikita to open Risofort and continue their Riso momentum in Germany.

Like Taller Colmillo, the owners of Risofort mention that risograph printing is “not as much a hassle as silkscreen printing is,” and note that the the biggest upside of risograph printing is “the ability to intervene in the printing process, easily change settings, play around with paper, and discard stuff without wasting too much.” They also cite its accessibility.

This Riso printing trio use their print shop as a political tool. The owners of Risofort state, “Printing is really, really political because you can reach lots of people with it and give artists or whoever is printing a voice, so we try to encourage people to print and spread their message, and if we can afford it, we charge them less or nothing for their political action.”

Lisi, Martin, and Nikita are passionate about engaging with their local community, and Risofort’s business mainly comes from Hamburg locals. Hamburg has “a large number of illustrators and graphic designers who also print at their universities,” meaning many people who print with Risofort are already familiar with the risograph printing process and technique. They often print for local initiatives, opening up a range of further connections in their neighbourhood. Earlier this year, Risofort participated in Indiecon, “a fair for publishers of all sorts in the old harbor of Hamburg,” by bringing their duplicator for live risograph printing. They also offer bi-weekly workshops where people can drop by and talk about their projects as well as print small editions of their work. Lisi, Martin, and Nikita enjoy a challenge, and say that if a project “gets a little tricker, it’s even more enjoyable.”

Corners Printing was initially a smaller project. Daewoong and Hyojoon wanted to print a book about the “visual impressions, inspirations, and narratives of various areas in Seoul” through another risograph printer. However, they decided to purchase a second-hand machine themselves when they realized that the cost was comparable. Today, they are a well established print workshop with nearly a decade of risograph printing experience. They mention that while information about risograph printing is readily available these days, “there was not much information about this machine” when they first opened Corners Printing in 2012.

This print shop is located in the Chungmu-ro neighbourhood in Seoul. Chungmu-ro’s history is intertwined with the printing industry, and currently is “an area where very small print shops are concentrated.” Being located within this area is convenient for Daewoong and Hyojoon, who collaborate with nearby businesses for finishing services such as laminating, folding, perforating, and bookbinding. Their initiative is integral to the risograph printing scene in South Korea. The owners have published and exhibited specifically on the possibilities of risograph printing, and have participated in community events in various cities to introduce others to this community.

Corners is a relatively larger Riso studio, with 3 duplicators and 31 colour drums. The owners note that mechanical issues with the machines are one of their greatest challenges, but that they are “in close contact with Nak-Yoon Choi, a professional technician,” and that they “admire the many print shops that repair and customize the machine themselves.” Having this kind of connection with an experienced technician is rare, and many risograph printers rely on online resources to fix and maintain their printers.