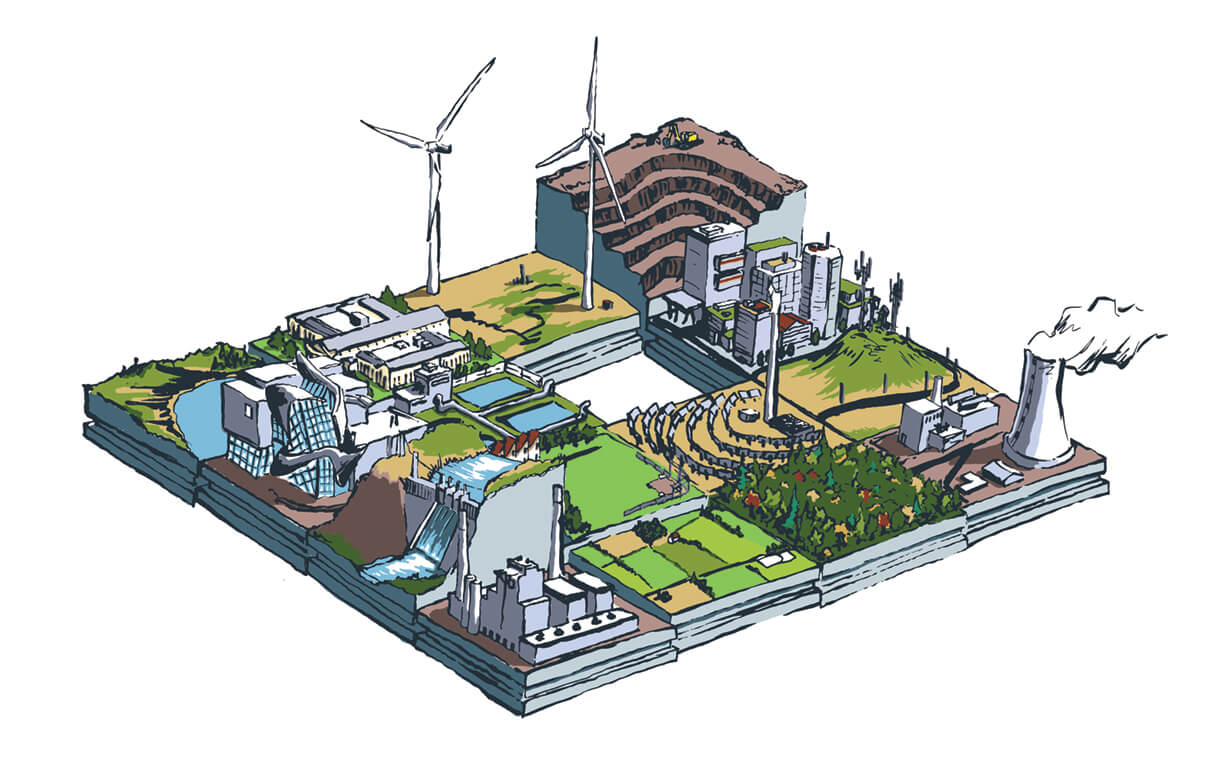 I’d like to briefly venture back to 1997 – the year that the original Star Wars trilogy was re-released on VHS, with added visual effects and classy new packaging. The event received mixed reviews from fans of the franchise, but my six-year-old self was swept up by enthusiasm – my first introduction to science fiction was tremendously influential, and impressively ubiquitous. The marketing push ran the gamut, including a partnership with a certain pseudo-Italian culinary establishment. Yes, our story begins with Pizza Hut(t)’s promotion, and a tiny plastic Han Solo encased in carbonite.

The toy took the form of a tray, with the image of the iconic frozen Harrison Ford divided into a three-by-three grid. Eight of the spaces contained parts of the likeness, while the ninth was a void, allowing the other pieces to slide along the grid and swap places with the empty rectangle. Unbeknownst to me, I had just been introduced to the “15 Puzzle,” a mathematical game in which a would-be solver starts with a jumbled layout of tiles, and must move them up, down, left, and right, navigating the blank tile around the board to reach a predetermined goal state (perhaps a passing representation of Han Solo). The simplest form is a straightforward sequence of numbered tiles, but versions where images must be re-assembled exist, appealing to aesthetic sensibilities.

The Star Wars puzzle leads me into thinking about the specific characteristics of games more generally; Han Solo’s jumbled form provides tools for internalizing problem-solving strategies and instincts.1 There is considerable value in the small-scale puzzle as an approach to devising responses to larger issues confronting the human population. Confronted with the myriad challenges that contemporary societies face, climate change looms large and urgent. The goal-oriented nature of the puzzle, however, allows me to simplify the problem, making it more approachable. I consider the scale of the 15 Puzzle in a flexible way with consistent rules; my initial encounter with the toy was a three by three grid, but it could hypothetically be a grid of any size – think of the complexity of a fifty by fifty grid, with 2,499 squares being gradually shuffled around by a single free space. By imagining the squares as pixels in an image, a greater number of them yields a higher resolution image, but vastly increases the number of moves (and therefore amount of time) that must be invested to reach a “goal state.”

The puzzle surfaced in the late 19th century, experiencing a sort of craze in the United States during the 1870s through the 1880s2 when at least two people (Sam Lloyd, false claimant to the 15 Puzzle’s invention, and Dr. Charles Pevey, a dentist) offered a cash reward to the individual who could rearrange the puzzle into a particular configuration.3 This proved a cunning publicity stunt and an unfair ruse: in order to reach a given configuration of tiles, not all potential starting layouts will allow the puzzler to achieve that particular solution.4 No amount of shuffling the squares around will change that.

Math comes to the rescue when we consider whether or not we should take the time to confront the puzzle. Based on a current set of tile placements and a predetermined board state constituting victory, you can predict whether or not that victory can be achieved.5 Investigated purely as a toy intended to challenge a user, the 15 Puzzle is a gauge of cleverness. The essential concept of the object, however, provides a metaphorical avenue to broach more critical discussions in our approaches to problem-solving. I start viewing the puzzle as a microcosmic simulation of some macrocosmic challenges.

At its core, the 15 Puzzle is a closed system where a problem solver has a fixed set of components that, when arranged in a particular way, give them a configuration that forms a coherent sequence or picture. By determining what that desired end state will be, the would-be solver can move the pieces around to attempt to achieve it. I think (as I often do) of cityscapes, where the different components, systems, and infrastructure are shifted around one another, chasing after an efficient, livable state. In my art practice, urban elements orbit one another before descending into some final configuration: an imagined city that reflects an individual’s internal process of ongoing development. I have the advantage of creating immaterial city spaces, and I’m not limited to working within the constraints of what is plausible. Even so, setting out with an objective, and looking at the complete image is crucial – and in this respect creatives of all stripes shine. Imagining a resilient configuration of existing resources, both natural and intellectual, is necessarily collaborative between many disciplines. Without treating the problem in a broad, solution-focused way, it’s possible to get absorbed by the potentially endless shifting of components in a tiny part of the “puzzle,” forgetting how these interact with the entire structure.

By shifting the scope, I start to see ways that game theory can be applied beyond the limitations of what is typically thought of as a “game”. Ian Bogost, in his talk about his 2016 book Play Anything, cleverly reframes an understanding of “play” to enable it to surface in areas we would not associate with “games,” or even “fun.” Bogost examines play as a process of acting within a certain set of constraints, using the materials available within them to find new potential configurations.6 Play is detached from idle and unproductive pastimes, becoming a way of manipulating the limited components of an environment, and therefore present in professional paths not typically associated with games. Play in art research is an easy leap for me to make (how often have I heard of someone “playing around” in the studio?), but Bogost’s argument enables me to associate disciplines like architecture, urban planning, economics, and climate science with the overlapping realm of play.

In the wider world, physical constraints determine what potential configurations of structures are possible. I think there is merit to the simplified shorthand of the 15 Puzzle in complex settings; the core mechanical principles of the game can be extrapolated to look at the limitations that are present in the way cities are constructed, while the essential goal state that is established should guide the moves that the player (or city councillor, politician, urban planner, CEO) makes. The long term is essential in these cases – Toronto’s ongoing Port Lands Flood Protection Project is a good example.7 The project is a hefty investment ($1.25 billion, and projected to be completed by late 2023), but bears in mind the increasing prevalence of extreme weather events that threaten populations and crucial infrastructure.8 By the same token, policy decisions that reverse existing protections or protocols need to be interrogated – are they steps towards the long-term goal, or reactions to immediate pressures?9

Simulating possible outcomes to scenarios with a finite set of inputs is a broadly-used approach to modeling data, particularly with regards to climate science. Video games like The Fate of the World and social games like Clout & Climate Change see players working with sets of existing data to attempt to mitigate the impacts of increasing greenhouse gas emissions and global temperature levels through strategic policies and collective efforts to manage resources.10 11 The player directs responses to the effects of climate change, their actions feeding into the data streams to adjust the model’s projections. These games resemble large-scale predictions, but principles of gaming can also act as motivators for more individual-scale approaches to addressing the climate. Khanna Sanjay’s article “Game Changer” highlights the value of games in incentivizing positive climate-consciousness, creating a competitive reward mechanism that can guide behaviour.12 For both scales of game, the established goal state is the locus that activity should be centred upon; the useful blank tile in our 15 Puzzle allows us to reorganize the resources that are available in our ecological systems. I’m thinking of it as a representation of climate science, and the potential that it has to guide the development of our environments.

The metaphor is imperfect, of course; with the 15 Puzzle, once you’ve determined that a goal state cannot be reached from the board state you have, you can put it down, absolved of labour by mathematical impossibility. We exist inside the puzzle of climate change, and so discovering an impossible result instead forces us to change the image we are striving for. The role of the empty square, scientific exploration, allows for the necessary reconfiguration to develop resiliency into our cities and practices. We cannot decide not to make a move, or to constantly undo the moves that we are making. There seems to be a spectrum of increasingly granular detail as you move from pure game into pure model simulation, and my Han Solo puzzle certainly sits far to the “game” end of that continuum. The underlying principle of the small grid of tiles, however, applies far beyond the limits of completing the puzzle – an objective-focused approach to problem-solving serves you well no matter what field is your focus. Some just happen to have a greater imperative placed upon success. We’ve only got one planet to explore, unlike the Millennium Falcon’s intrepid pilot.

2 “The “15” puzzle for the last few weeks has been prominently before the American public, and may safely be said to have engaged the attention of nine out of ten persons of both sexes and of all ages and conditions of the community,” says the editor of the 1879 December volume of the American Journal of Mathematics. Johnson, Wm. Woolsey and William E. Story. “Notes on the “15” Puzzle”. American Journal of Mathematics, vol. 2, no. 4 (Dec. 1879) pp. 397-404. The Johns Hopkins University Press.

5 For a more detailed investigation of the mathematics that guide the solution, Numberphile’s video is a highly accessible reference. Numberphile. “Why is This Puzzle Impossible? – Numberphile.” Youtube, Stephen Bradlow, Pete McPartlan, and Brady Haran, April 21, 2020. https://www.youtube.com/watch?v=YI1WqYKHi78.