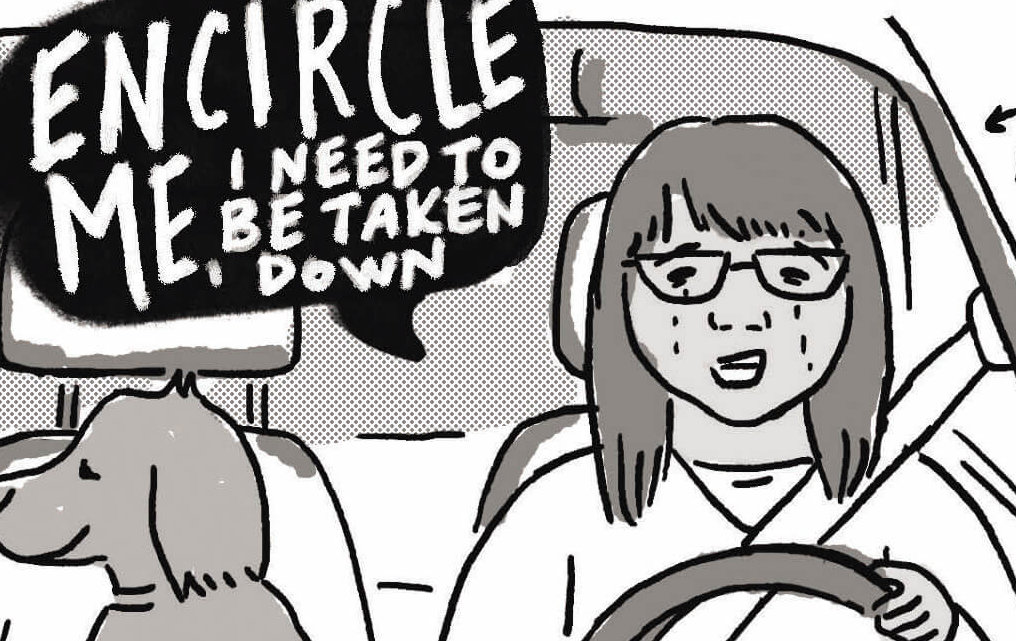 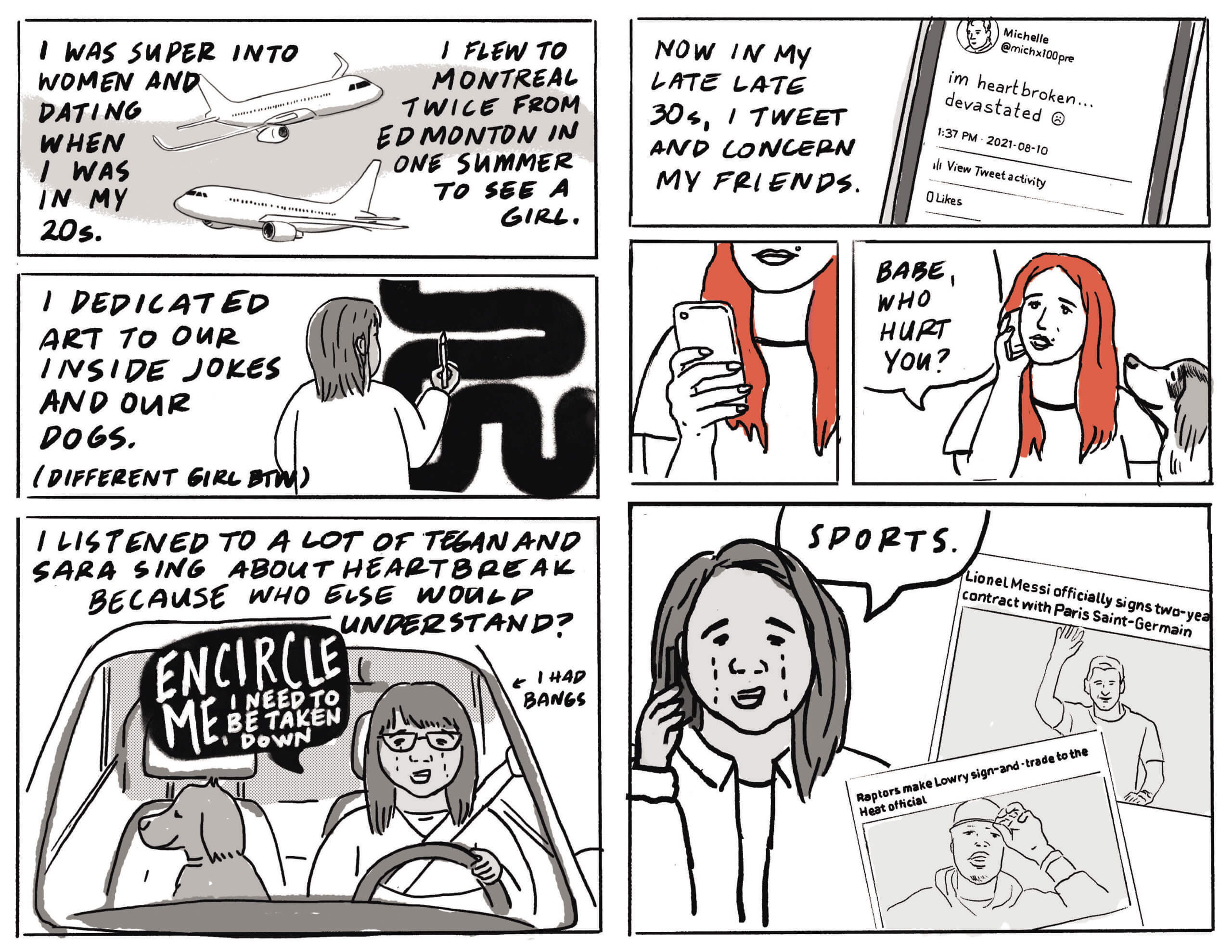 Michelle Campos Castillo is a Salvadoran visual artist living in Edmonton. She has been the recipient of several public art commissions from the City of Edmonton, including Platanos, a set of three sculptures on permanent display at Belvedere Transit Centre, and is currently producing artwork for the LRT Valley Line in the west end of the city. Michelle is a frequent collaborator with artist Vivek Shraya; she has provided art direction and photography for Vivek’s Trisha photo series, graphic design for her Lambda Literary Award-nominated book, What I LOVE about being QUEER, and VS. Books, the artist’s imprint with Arsenal Pulp Press.

Panel 1: an image of an airplane, along with narrative text that says “I was super into women and dating when I was in my 20s. I flew to Montreal twice from Edmonton in one summer to see a girl.”

Panel 2: an image of Michelle drawing a wall mural, saying “I dedicated art to our inside jokes and our dogs. (different girl btw)”

Panel 3: an image of Michelle driving a car with her dog, crying and singing “Encircle me, I need to be taken down”. There is a note next to her that reads “I had bangs”. The narrator says “I listened to a lot of Tegan and Sara sing about heartbreak because who else would understand?”

Panel 4: The narrator says “now, in my late, late 30s, I tweet and concern my friends”. An image of a phone displays a tweet by Michelle that reads “I’m heartbroken… devastated :(”

Panel 5: A red haired person, Michelle’s friend, reads the tweet and calls her up saying “Babe, who hurt you?”

Panel 6: Michelle, now with a new hairstyle, answers ‘Sports’. Next to her are clippings of Sports News that reads “Lionel Messi officially signs two-year contract with Paris Saint-Germain” and “Raptors make Lowry sign-and-trade to the Heat official”.