Mending myself between marigolds and maple trees by Rocio Graham 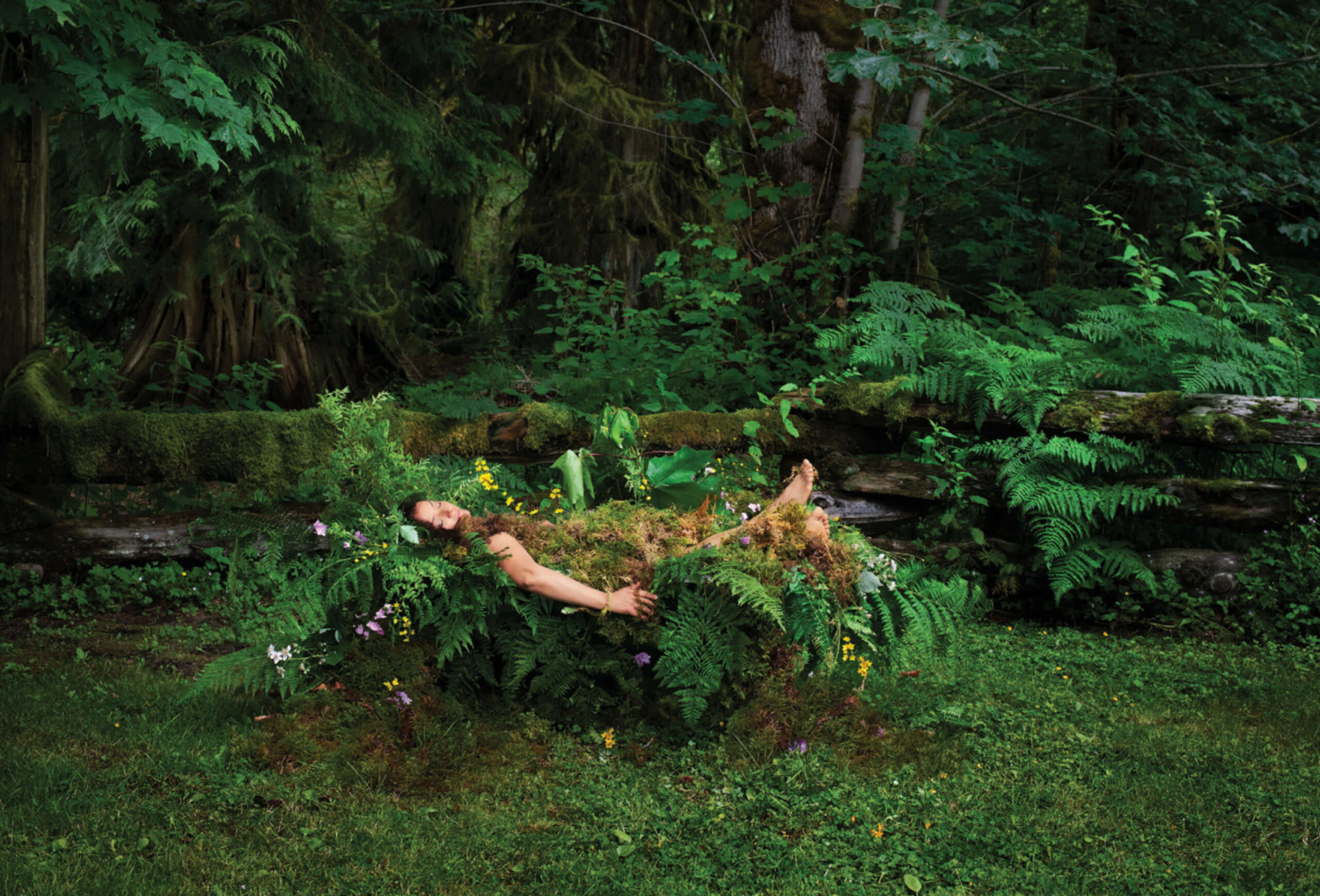 As I drive home through the freshly snow-covered ponderosa forest up the hill, the bright sun hits me in the face. The beauty of the spring landscape makes me teary: so much has happened since arriving to Canada 20 years ago from Mexico. I am utterly aware of how unlikely the fairy tale life is that I am living now. I am living on the top of a mountain overlooking a stunning lake. I weep. Today, 10 kilometers away, my brothers, my countrymen, a group of Mexican migrant workers are arriving in a van, eager, nervous, and hopeful for another working season at the local farms. They have been away three months, so this is a continuation of their yearly loop of migration: hard work, send money home, free time spent with their crew, the weekly trip to the supermarket to stock up on cheap staples, and repeat. Their life is a contrast to mine.

We met during the pandemic due to an art project that I started that involved them. When I met them, I suspected that our relationship could be topical and contrived. Mexican migrant workers need to have thick skin to survive the unknowns of a foreign country. Guarding your ideas and aspirations became a survival strategy learned by Indigenous groups as a way to preserve culture and spirituality. I imagined them sharing very little with me.

Over the past 6 months spending time with them and making Sunday meals for them, I started to see a softness in their shell that I was not quite ready for. On many occasions I would engage in a private conversation with each of them as we walked along Christina Lake. I would ask so many questions and they would share without reservations.

Nobody could have prepared me to witness the vulnerability of my burly country men, their eyes softening as they talked about their families. I had to hold my tears when Severo shared the pain of not being able to travel to bury his baby girl in Mexico. His grief, left wrapped in a corner of his soul, was tightly tied by cultural expectations of him being rock solid. Men don’t cry, men don’t grieve. The expectation of having a callused soul, like his hands. Being witness to their hearts’ private chambers tore me at the seams. The years of my own grief and pain, that I thought I had mended, ruptured and my pain spouted like bitumen from the oil sands. I thought I had mended my soul from the traumas inflected by men. The many men that, as a kid, teenager and young woman bruised me, not only physically, but emotionally. I thought I had come to a point where I knew how to negotiate my existence with men; at an arm’s distance, transactional, cooperative and deeply controlled. But developing intimacy with men whom I was not involved romantically was new territory. I became unhinged and unsure. I had to undo the haphazard emotional stitches done in my healing journey.

The mending of my soul needed new work. I noticed the unfinished stitches of my healing. Julio showed what tender love for daughters looks like. He shared the dreams and hope he had for his daughters’ bright future. He was willing to sacrifice seeing them grow up if that meant he could support their aspirations to study art and English literature. The way his eyes shined with pride while feeling guilty about leaving, guilty about being an absent father. The pain of not witnessing their becoming was very clear in his eyes. Pierced by the realization that my life never had a father that showed care, support and unconditional love left me also in awe of the magic of free parental love. I felt hopeful for other girls becoming strong, assured women because they have love like this. I was living vicariously through Julio’s love for his daughters, his eyes bright with the knowledge that they were awaiting his return home.

I was not ready for the respect of these men, nor their kindness and soft.ness when I fed them each Sunday. They showed care by inviting me for meals and a Coke at their home in reciprocity. I was the only woman privy to their crew banters in the ten months they spent working in Canada. The fact that they only interacted with a handful of English-speaking female coworkers, and that most of their conversations with them were broken Spanish-English, made me special in their lives. I became the only woman in this country with whom they could have a fluid conversation, and someone that offered some safety. The person they could open up to since the heaviness of providing moral support to their women back home weighed too much on them.

Through their vulnerability they gave me an opportunity to properly mend my broken soul. To finally heal my connection to male energy, to finally not fear it, but to seek it. All of a sudden, my husband’s actions and expressions had a new meaning. I was able to see the heaviness that the men in my life also carry by a society that expects them to change, but offers no safe space to heal their own childhood wounds.

The openness of their spirit made me realize the embedded gender binary stereotypes that live in the depths of me. For the last 45 years, I attempted to keep myself safe by pushing out of my heart any traces of what I identified as male energy.

The gender trauma I suffered as a kid stunted my ability to understand that beyond gender, there is humanity. That carefully shifting gender to separate the maleness out of my emotional intimacy left me with a disemboweled heart. In trying to learn about them, I ended up learning so much about myself and the tears in my heart’s fabric.

These burly, soft Mexican men made me realize that the fairy tale is not living in the beautiful house on the mountain top, the real fairy tale is the unexpected mending that happened when they gifted me their humanity.

Rocio Graham is a Mexican-Canadian multidisciplinary artist based in Western Canada. Her writing musings have found homes in Luma Quarterly, Photo Ed magazine, WSG and Rungh. Arriving at the intersection between art, equity and science, her art practice is influenced by her cultural heritage, ancestral ways of knowing, botany and interests in ecological and social justice. She is currently working with migrant workers exploring the connection to the land from the Mexican diaspora perspective.