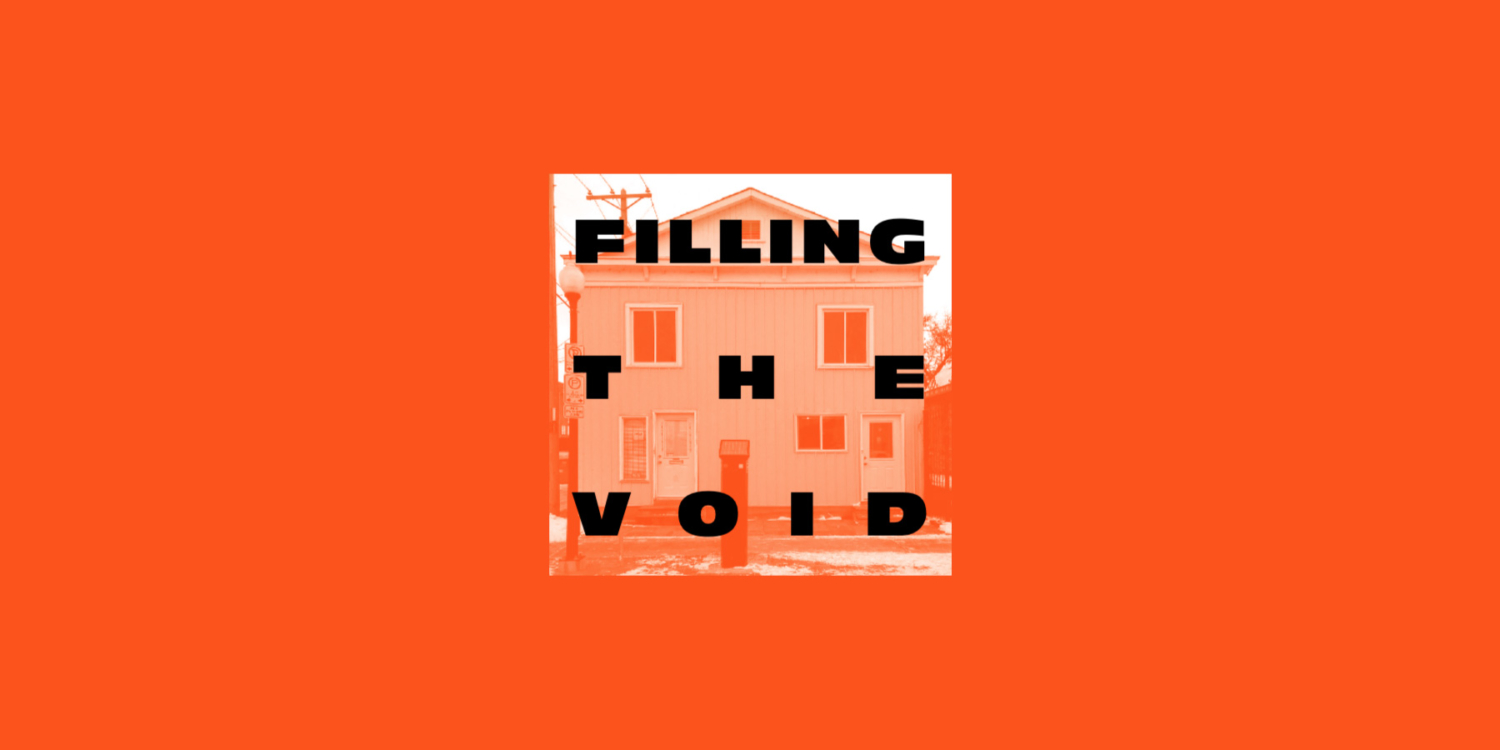 Borne out of the need for more accessible spaces for printmakers in Saskatoon, Ink Slab Printmakers was formed in 2010 by a group of students and recent grads from the University of Saskatchewan. Void, a commercial gallery for emerging artists, opened two years later. The gallery now runs as a non-profit, focused on printmaking and community programming. Michael Peterson has been involved in both initiatives from the beginning. Here he shares with us what he’s learned along the way.

Reflections on Starting an Artist-Run Centre

1. Having fun is important

Ink Slab started over salad nights. Every few weeks we’d each make a salad to share, get together at someone’s house, and sometimes vote on whose salad was our favourite. At some point after we had finished eating, someone would say, “I guess we should talk about printmaking.” After a few nights of salads, board positions were eventually formed and filled. A few months later we received a Saskatchewan Arts Board grant (with the help of technician-instructor Patrick Bulas) and a used Charles Brand etching press was being shipped to us from Ontario. 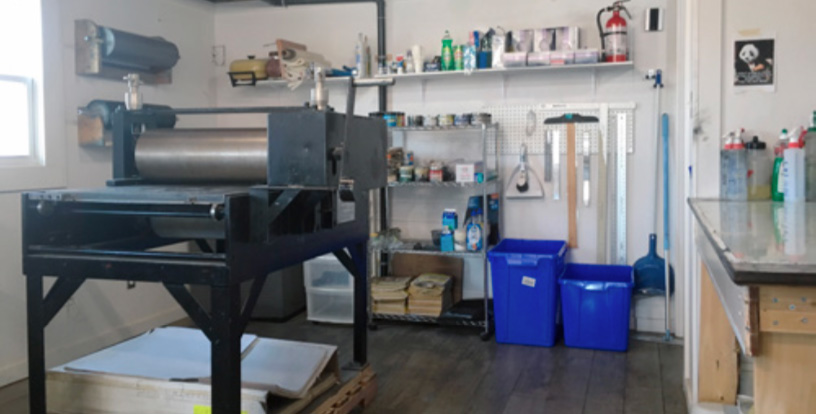 2. Start where you can; it’s probably enough

Ink Slab’s first studio wasn’t much: a fifth floor walk-up where the only running water was in the bathroom. But it was cheap. A dozen of us chipping in $20 a month was enough to pay rent and buy inks and other basic supplies. We built our own inking and soaking tables and used the freight elevator to move in our etching press. We had to cut the doorway larger
to fit it through, but our landlord was cool and didn’t mind us replacing the missing wall with a very makeshift half-door we locked with a latch. The studio was never heavily used—other than by a handful of members, and before shows—but because our fees were so low and we all wanted a printmaking studio, most of us stayed members for years.

As recent grads, we quickly learned that we could form partnerships or land shows more easily as Ink Slab than we could individually. We have participated in exhibitions and exchanges with Articulate Ink in Regina and Thompson Rivers University in Kamloops, and we’re currently working on a touring exhibition with a group of printmakers from South Korea. 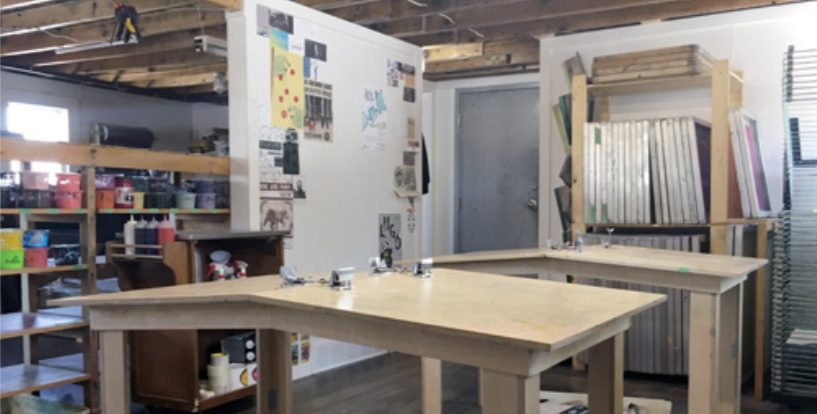 In 2015, Ink Slab and Void sort of merged together. Void moved from our tiny basement space to our current location, which includes a 1,250 square foot printmaking studio. At the same time, Ink Slab was considering closing its space; membership was decreasing and the studio was too small to hold public workshops. So we moved Ink Slab’s equipment to Void and a few months later Tyler Butz, a textile printer, moved in his silkscreen set-up. We began providing 24 hour studio access for members and in the spring of 2016 offered our
first classes: a silkscreen course taught by Cate Francis and an etching course taught by Patrick. We had no idea what the reception would be, but both sold out and we have been offering printmaking courses for people of all skill levels since. We also develop community programming, which most recently has taken the form of working with high schools to build their capacity to offer printmaking education for their students.

5. Learn from your community

When we started offering workshops at Void, we did so with the goal of enabling our students to become printmakers. We wanted to teach silk screening or etching or relief printing sufficiently enough that people could continue after the course. Sometimes when I see an Instagram post about a button-making workshop or zine collection, I find myself questioning this focus. I have to remind myself that sometimes the experience, or the opportunity for expression, is what’s important. Not that editioning isn’t (the technical printmaker in me wants to go on about how important it is), but those posts remind me how valuable it is to listen to what people want and to make space for them to create the art that makes them happy. 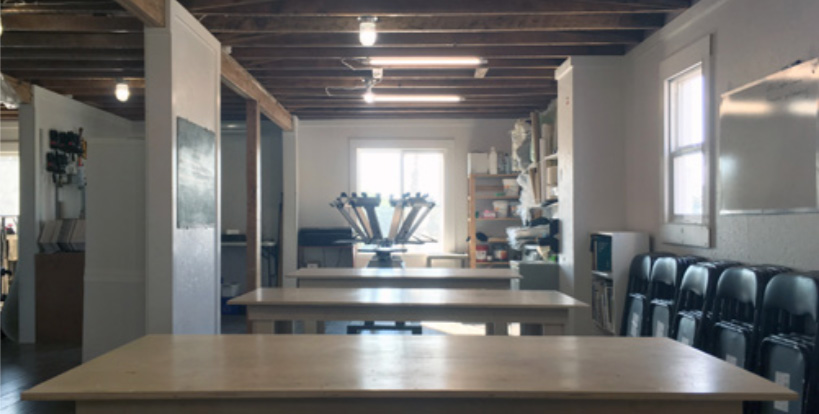 6. Don’t wait for institutions to do the work

As Void has grown into one of our city’s artist-run centres, I have come to understand some of the challenges associated with publicly funded spaces.

There is a complacency that can build in, as funding and positions become settled. The art community is small, at least here, and peer reviews can mean you only need to receive approval from those with whom you are already engaging. There have been positive movements recently, as vacant storefronts are beginning to hold weekend pop-up exhibitions and some of our public galleries are opening their spaces to community programming and exhibitions. But too often a lack of public engagement is still present.

In many ways, Void exists to counter this lack of engagement. As more exhibition space has become available, we have closed our gallery to focus on community programming. I believe it’s an exciting time for printmaking in Saskatoon because it’s a time when it’s becoming less tied to institutions. We now see it moving into more public spaces that better reflect what our communities want it to be.