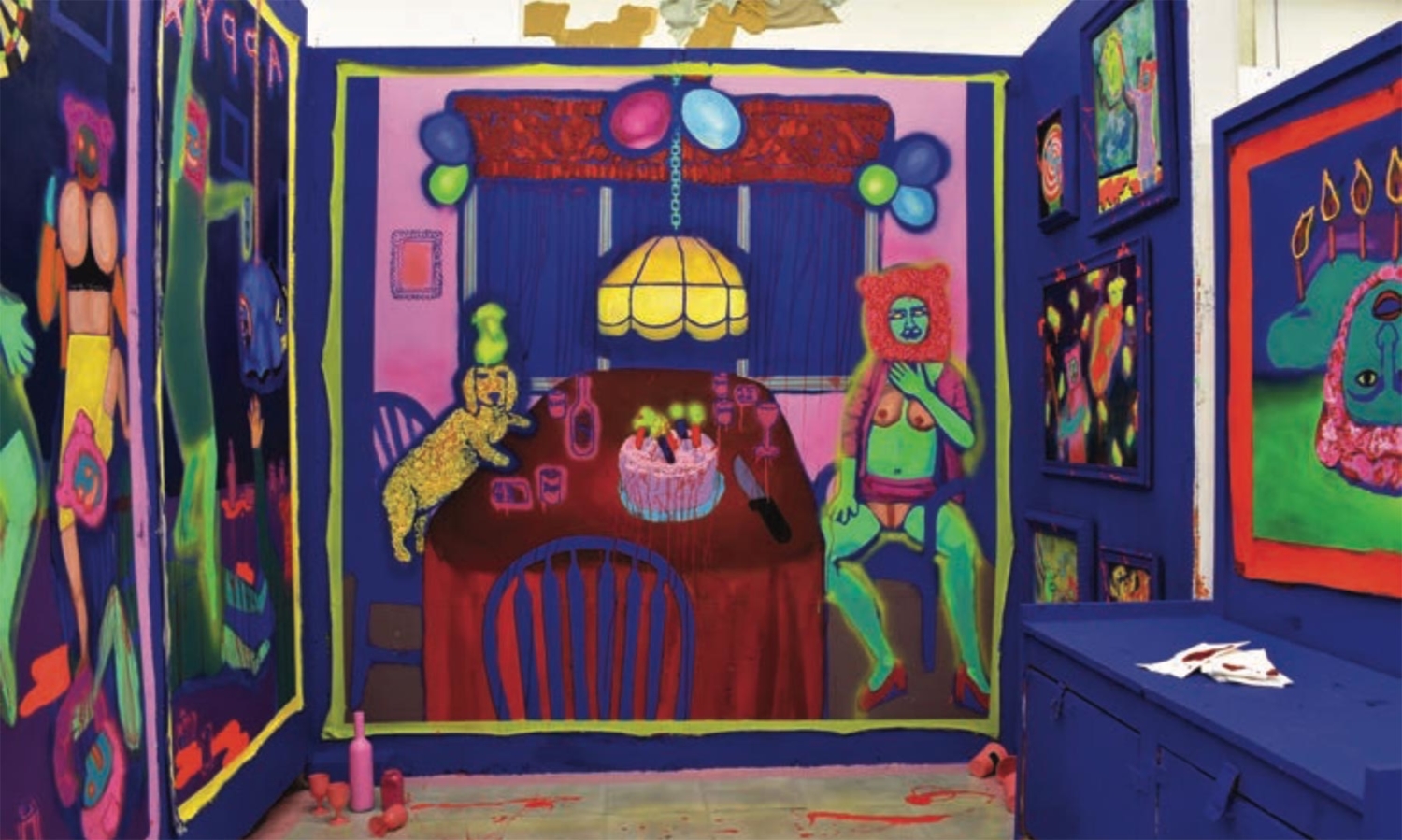 Isabelle Kuzio is an artist who currently lives in Edmonton, Alberta. She will graduate from the University of Alberta with a BFA in 2018.

My work creates spaces of experience that explore cyclical power dynamics through subjects such as mythology, gender performativity, and pop culture legacies. Studying situations of submission, violence, labor, horror, capital, cliche, and novelty, I push to create images that sit between the familiar and the disturbing, alluding to something sinister which lies beneath our interactions with others. 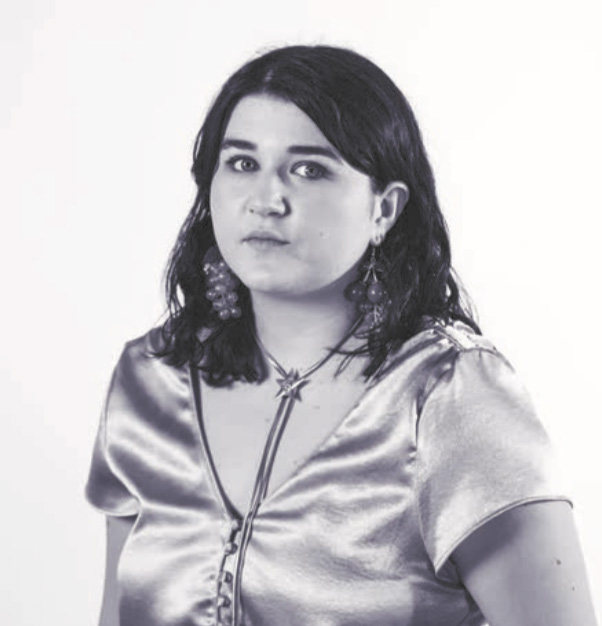 education: BFA University of Alberta (2018) favourite artists: It’s hard for me to pin down a favorite artist. Paul McCarthy, Mike Kelley, Eliza Griffiths and Aleksandra Waliszewska are some artists I have been looking at recently.

When I visited Isabelle Kuzio’s compact, faux-wood paneled studio I felt I had time-travelled back to my childhood rumpus room. This impression was reinforced by, at first glance, playful, child-like, straight-from-the- tube paintings on the walls. Kuzio’s paintings include familiar icons from childhood: spaghetti and meatballs, Garfield, Hot Wheels cars. But, on deeper reflection, there is much more going on in Kuzio’s work.

Her art deals with certain anxieties of youth that extend into adulthood: gender identity, sexual curiosity, shame and discipline. She is exploring what she terms “gender performatization,” specifically in regards to gender-directed toys. “Certain motifs are repeated — such as girls’ vs boys’ toys — in the media and in commercials and advertising,” she explains. “This binary thinking trickles down to the way children are raised and the ways they interact with other children too. When I was younger I had an internalized sexism — what the boys were doing seemed more important.”

She realized that other women have had similar experiences and are trying to address it: “This made me feel I wasn’t alone, to not tolerate things as they are in terms of sexism. Instances that can happen to me and other women are not a rational thing that should be accepted. In my work, I strive to represent emotionally how you can feel in instances where maybe you don’t agree with what’s going on in the world if there’s some sort of discomfort with sexism — whether subtle or overt.”

She describes the boxy figures in her recent series of paintings as slightly androgynous. “They are human-like, but not quite human. I’m also working with unrealistic skin tones which has made the figures more ambiguous, but also inhuman to a degree.” There is a fairy tale element to these paintings, a story, a narrative. In her paintings, part of the narrative consists of a moment frozen in time. “It can appear staged but it is being able to tell a story with a single image and not have the entire story in front of you.” Narrative develops organically in her work. “It’s always something that just kind of happens with me, storytelling, some parts of the puzzle but not everything. There’s a sense of something that’s just happened or about
to happen.”

Asked if she thinks female artists are taken as seriously as male artists and whether there’s sexism in art, she says it can be subtle. How does she deal with it? “I let the work speak for itself.” She adds, “I think that finding supportive communities is important and if discrimination does occur, try to educate, have patience, and make it more of a conversation.”

Kuzio has gotten a lot of support from her community of friends and being in school helped create that supportive environment. But she also feels the internet is an interesting place to discover art, making it more accessible for people to view and share. “It’s a good time for anybody to make art. Social media can be encouraging because it can offer a different type of community than perhaps what you could find in your city.”

Above all, Kuzio hopes viewers of her art come to it with a mindset of playfulness and fun. “I’m using things that are unnerving or disturbing and repackaging them using beauty or humour,” she says.

“A lot of my past work deals with how neo-capitalism and neo-liberalism have created competition.” Her work also deals with power struggles and power structures, the push-and-pull of how they take away and give back in society. 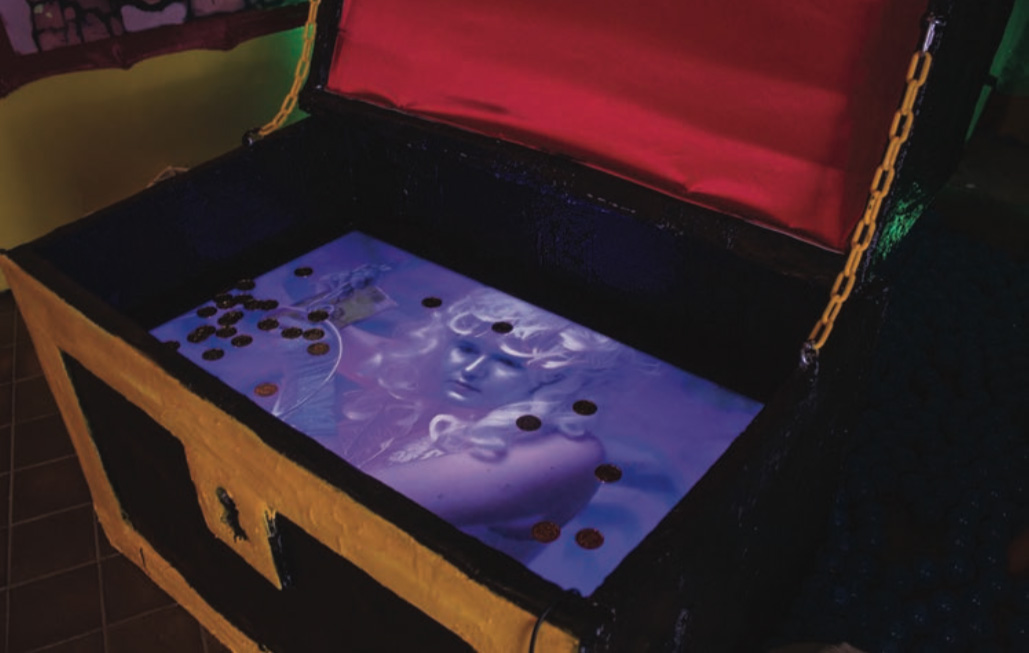 “Different power balances are something that I’ve always been sensitive to, how in interactions some people feel more comfortable in a power position and some people feel more comfortable in a submissive position. Sometimes there is a struggle to gain subtle power. It’s kind of always there no matter what — in politics, art, and in daily life like family, interactions with a boss and co-workers, acquaintances you meet where there’s tension. There can be the need to one up each other.”

Her future artistic plans include exploring masochism as a strategy of escaping or resisting capitalism. “A masochist gives up their sovereignty — their sense of control or decision-making,” she explains. “In this way, masochism could be a potential way to escape from responsibility, the pursuit of individualism that capitalism requires, or celebrates.” Kuzio explains this project is not commenting on whether masochism is a good thing or bad thing — it is a comment on capitalist culture. 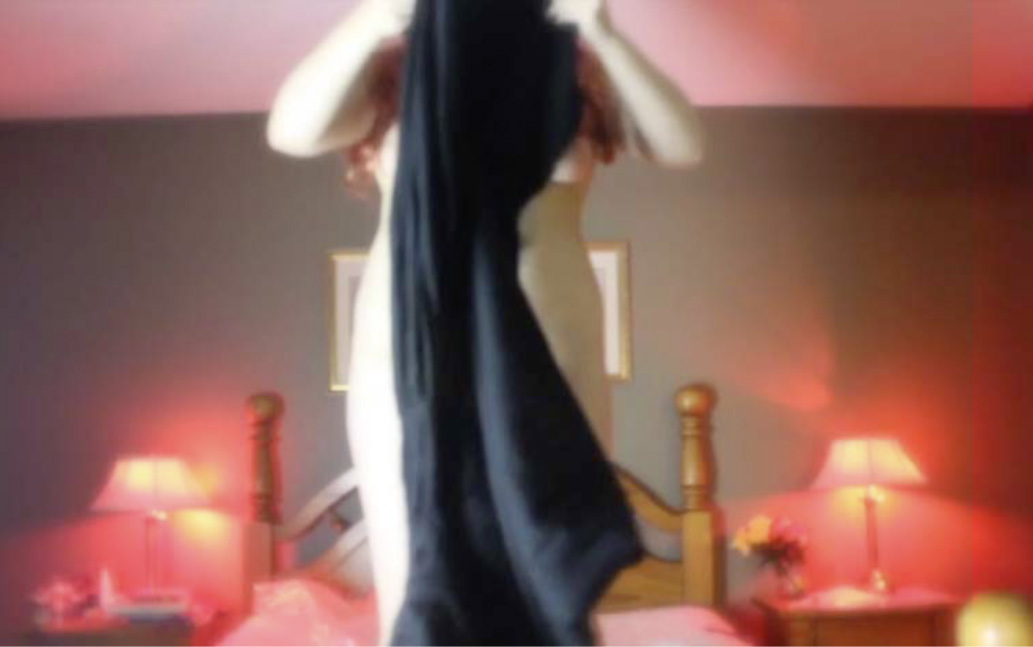 At the age of 22, Kuzio has produced an impressive body of work. She creates in a variety of mediums, but is drawn to painting on canvas, predominantly oil and some acrylic. She also ventured into film a couple of years ago as another way to organize memories. Kuzio has been printing at SNAP since high school. “SNAP made me curious about exploring different mediums and how different mediums can offer you so many different things. This past year I’ve been mostly painting because it’s a faster process, but I’m really excited to start printing again. I like the different problem-solving that affects the outcome.”

What/who do you consider to be the greatest influence on your work?
I am surrounded by amazing friends who happen to be extremely talented artists. They have a huge influence on me every day.

When did you begin printmaking and what drew you to it?
I read a lot about printmaking and was curious about the processes. I found out about SNAP in high school and would save up and ask for money for presents to put toward the classes offered there.

How do politics and philosophy influence your art?
Most of my work is interested in violence on an economic, social and cultural level. This includes softer forms of violence that we experience all the time.

How important is the use of multi- media, including printmaking, in your projects?
All mediums interest me and offer different tools. I am interested in combining installation and video with more traditional art practices such as printmaking and painting to explore how these forms utilize narrative building in different ways.

What printmaking/artistic processes are you drawn to and why?
Video-making is the genre I think through most intensely, and often I imagine ways that cinematic stories can be told in work like painting and printmaking. I think that film has a capacity to make the spectator implicitly active, and I am curious to try and bring that to images that hang on a wall.

Where do your ideas for printmaking and other artistic projects originate?
Through reading and googling I usually gravitate towards a cluster of influences, and then my concepts get worked out along the way. I see my research as a means of exploration rather than finality.

What project(s) are you currently working on and how do they connect?
I am working on an ongoing video project with another Edmonton-based artist and dear friend Leila Plouffe. We have been making character-based videos that explore our relationship with time, memory and myth-making.

Can you describe your creative process?
My ideas often develop through reading both fiction and non-fiction. Often, I’ll imagine visual ideas through texts and continue to elaborate on and build characters in this way. My research also includes shopping at novelty stores, watching movies and looking at art, until these fictional worlds make some sort of sense to myself. I trust every stupid idea I have. I have realized that humor is important to me and a sense of play is vital to my digestion of more serious themes.

Is there a daily work routine that you follow?
I am not a creature drawn to structure or balance. My practice involves periods of research and reading that are more relaxed, followed by periods of intense work- making.