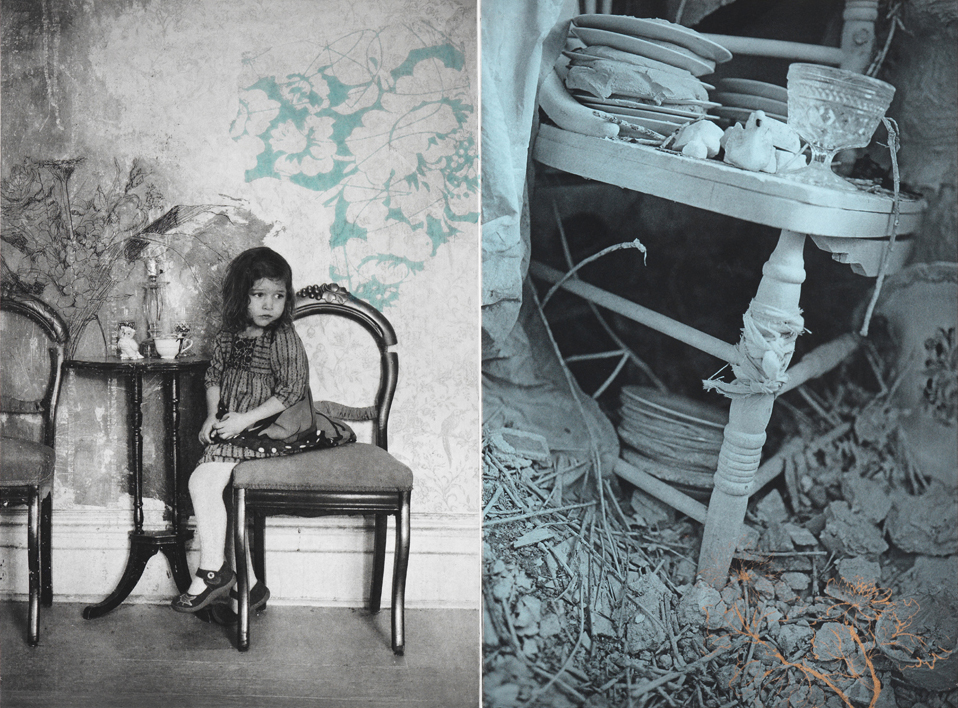 LIGHT/MATTER: Art at the Intersection of Photography and Printmaking runs from May 11 to June 2 at the FAB Gallery, with an extended exhibition in Gallery A at the Telus Centre and a companion show at the Print Study Centre in FAB.

The LIGHT/MATTER exhibition presents an international selection from the photo-print movement, featuring works that unite the diverse historical lineages of printmaking with modern photography and visual culture. In layering and producing photographs with a host of print processes, photo-prints offer a record of how we see and value images.

Exhibited last fall in the Grundwald Gallery of Art at Indiana University, LIGHT/MATTER developed over three years through the curation of Tracy Templeton, Associate Professor in Studio Art at Indiana University; Ingrid Ledent, Professor at the Royal Academy of Fine Art in Antwerp, Belgium; and Walter Jule, Professor Emeritus at the University of Alberta. The show brings together forty artists from sixteen countries to give an account of this dispersed art form for the first time.

“The remarkable thing about the photo-print movement is that it was a simultaneous discovery,” says Walter Jule on a break from setting up the exhibition, noting that photo-prints arose independently in many countries following the Second World War. Sitting down to talk in a sparsely populated student lounge, Jule sips on the unexpected beverage granted to him by a vending machine after it refused to dispense any water. “Everyone had a camera in one hand, there were photomechanical processes that were available, and many were influenced by pop art in wanting to introduce commercial or borrowed imagery to show the inundation of advertising and images everywhere,” the curator says. In countries as varied as Canada, Japan, and Poland, this spread of photographic tools mixed with existing print traditions to produce new visions.

Although many photo-print artists developed independently, the movement took shape through the start of print biennales in 1956 in Ljubljana, Slovenia. The biennales introduced many artists to a range of visual innovations and created a regular distribution of catalogues that compiled the prints for an international audience. These interactions led to a global mix of printmaking ideas.

The variety of the artists in LIGHT/MATTER speaks to this widespread foundation, with groundbreaking printmakers such as Tetsuya Noda and Shoichi Ida from Japan, Izabella Gustowska from Poland, and Carl Heywood from Canada. Artists from Europe, Asia, North America, and South America complete the show, including Taida Jašarevic from Serbia, Rebecca Beardmore from Australia, and Katsutoshi Yuasa from Japan. 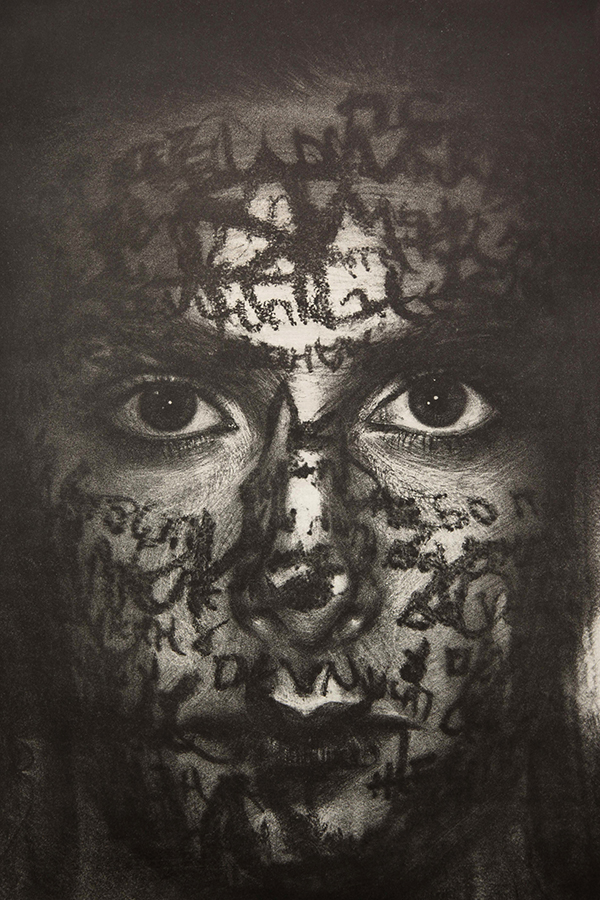 Walter Jule experienced the growing interaction of photography and printmaking in Canada as artists engaged with each other across the country. “It was a mobile feast, traveling around all the time. And consequently, Canadian artists worked across traditional media and hybrid combinations with photo-prints.” Canadian printmakers, notably supported by artist-run centres and universities, welcomed international artists with curiosity to learn from their work and their printmaking traditions. The companion show to LIGHT/MATTER emphasizes this ongoing chapter in our history, as the Print Study Centre in FAB features photo-prints made by artists visiting Edmonton.

From the beginning of the photo-print movement, Japanese artists produced work that influenced artists in Canada and around the world. Prompted by the spread of commercial imagery and photography in the 1950s, Japanese artists responded within a rich and evolving printmaking culture. The ukiyo-e (“floating world”) print tradition reached back to the 17th century with a guild-based system that separated drawers, block cutters, and printers to focus on the elegant and distant “floating world” of high society. In the early 20th century, Japanese artists explored more individualistic approaches to printmaking, with the sosaku-hanga (“creative prints”) movement advocating for single artists to design, carve, and print their own works. Against this background, photo-prints provided an opportunity for Japanese printmakers to engage with mass culture, new technology, and long-standing practices.

“These artists created hybrid prints that, for the first time, would combine photographic images with woodblock,” Jule says, noting that Tetsuya Noda, a key Japanese printmaker in the LIGHT/MATTER exhibition, was a pioneer in mixing these techniques. “He draws on the photograph in such a way as to bring the image to a point of equilibrium between photography and drawing, investigating it by both eye and hand.”

The exhibition explores the effect on a viewer of these conjoined practices. “You would see this woodblock with a photo-etching or screen-print on top of it,” Jule says. “You couldn’t dismiss it and look through the surface like you can with a photograph. It’s like a physical relationship. Your eye would set on the surface, but you couldn’t penetrate it emotionally until you acknowledged the ink there, the thickness of the screen-printing.” This practice of layered processes has continued to influence a new generation of printmakers, such as Taida Jašarevic with the heavy ink of her marked photographs and Katsutoshi Yuasa with his enormous woodcuts cut in precise halftones from a projected photograph and printed by hand.

Across the world, Polish artists experimented with linocuts to create photo-prints in part due to the easy availability of linoleum. Working within a restrictive environment, artists also turned to prints in order to discreetly spread their work through mailing tubes and disseminate buried critiques of totalitarianism. These artists often worked by layering fields of striated lines over images and inserting etches to mar the photograph’s perfect reproduction. As Jule puts it, “They intentionally break down the photograph and etch it crudely. There’s not that rush towards greater detail. What they’re asking is: what is gained, what is lost, and what is articulated when we don’t see it all? What are we doing to find coherence?”

Photo-prints work in the relationship between the mechanical eye of photography and hand-generated images, upsetting the pictorial illusion presented by photographs. “It raises questions about the verisimilitude of the photograph as well as notions of time, of sequence, and of process as content. When we see all that coming together in a print, we really have a new kind of expression,” Jule says.

The curators of LIGHT/MATTER focused on how the constructed layers of photo-prints slow down the viewer’s attention to consider what lies behind the image. As described by the show’s catalogue, photo-prints are “an intimate distillation of time [with] paused layers like filmic moments.” Jule sees these thoughtful pauses as key to the emotional impact of photo-prints, emphasizing the exhibition’s pervasive sense of time. “These prints are very investigatory, like they are peeling back layers of memory,” the curator says. Often our attention is focused on the endpoint of an artwork’s presentation, but photo-prints exhibit their means of production as content.

Photography and printmaking have existed in tension and competition during their history. For example, photographs wiped out printed souvenir images in Europe during the nineteenth century as consumers flocked to greater detail in a manner reminiscent of the focus on dots per inch in digital printing. However, LIGHT/MATTER offers a vision of the symbiosis between the two fields of work. “The argument between printmaking as an extension of handcraft and printmaking as a photomechanical process with the eye of the camera has been going on since photography started. And it is still going on,” Jule says. LIGHT/MATTER displays the remarkable diversity of photo-prints in the union of modern and historical practices.