Ethics and Consent in Street Photography 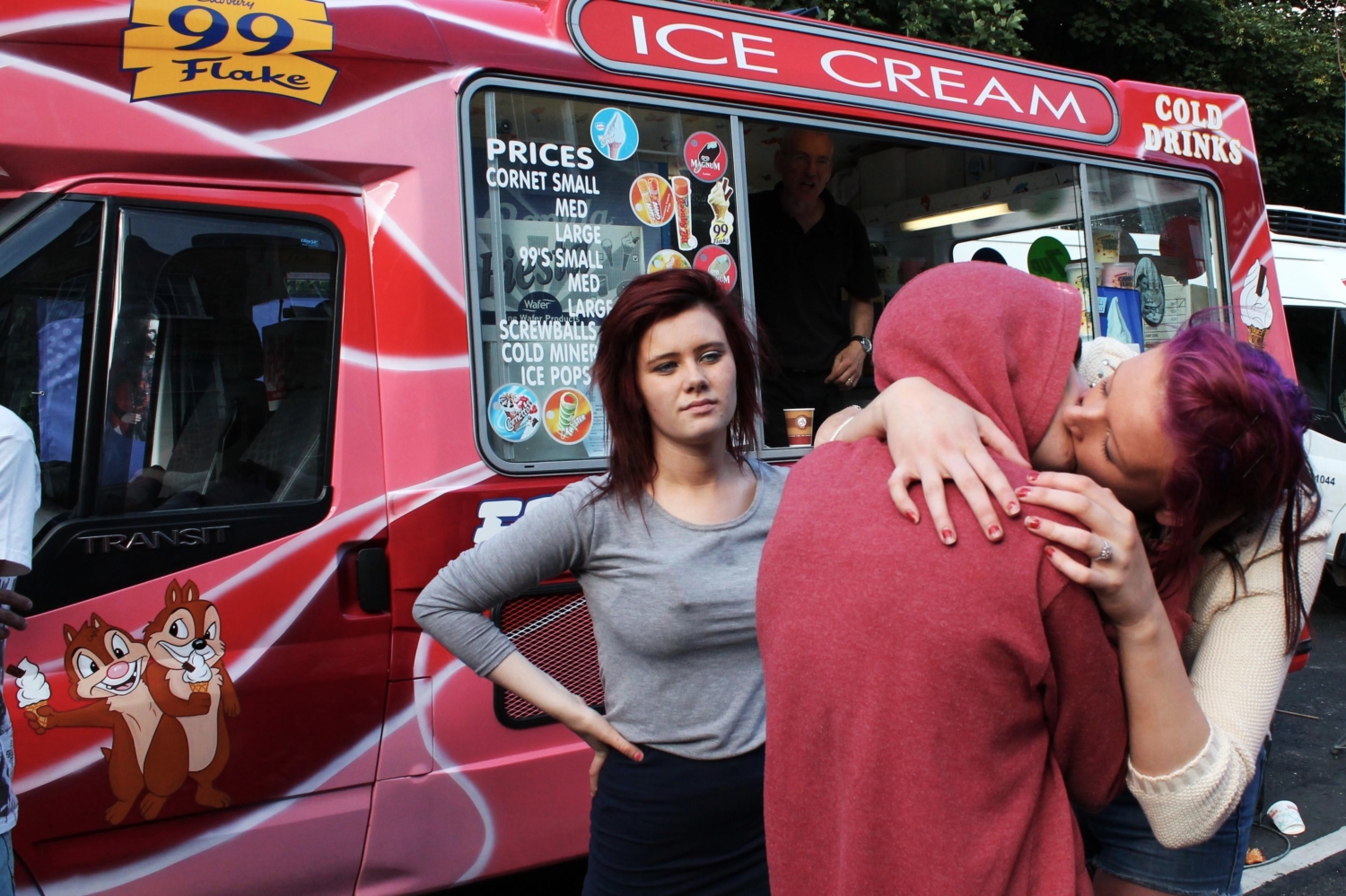 As a practicing street photographer I may be understood as having a biased view of the issue of ethics in street photography: clearly I must find it ethical to invade strangers privacy with my camera. It is, however, not that straightforward. The question of ethics in the medium is something most of my fellow practitioners and I are very aware of, and, believe it or not, do grapple with, albeit not on a full time basis.

Looking back at the history of street photography, it appears that consent or ethics was not an early problem—that somehow it is a modern phenomenon. It is interesting to note that even in the early years it was indeed an issue. In his famous series, Subway Portraits taken between 1938 and 1941, Walker Evans hid a camera under his topcoat. One could argue that this was primarily to preserve the candid moment. As Evans points out, “[t]he guard is down and the mask is off: even more than when in lone bedrooms (where there are mirrors). People’s faces are in naked repose down in the subway.”1 It is important to note that these images did not get published until their inclusion in the 1966 book, Many Are Called due in part to Evans’ sensitivities about the privacy of his subjects.

Regarding more modern street photography and ethics, the practice of photographing children without permission has grown into a big issue. As a parent I understand all the concerns and issues of protection we face. As a photographer I look back on the wonderful photographs of children taken over the years, such as the New York work by Helen Levitt and the work of a masters such as Henri Cartier-Bresson, and I think it would be a shame if that type of work did not continue, if the streets were an “adult only” enclave. Can the innocence and fun of children not just be enjoyed without too much paranoia? Naturally, if a parent is upset, we should respect that, but it is sad that we are often viewed with suspicion when we are just celebrating the fun or even routine of life.

A broader argument could be made for how ethical it is to photograph anyone without permission, but for now the law in most countries protects photographing people and places in public as freedom of expression. In New York in 1999, Philip-Lorca diCorcia took a random series of pictures of strangers passing under lights he had set up. Upon seeing an image of himself captured by diCorcia in an exhibition catalogue, Erno Nussenzweig sued and ultimately lost his case because it was ruled that a photographer could display, publish, and sell street photographs without the consent of the subjects pictured.

Of personal interest in this case was the fact that diCorcia set up lights specifically, because that crosses my invisible line of what is permissible in street photography: changing the candid or ‘as found’ nature of the scene into something that for me takes from the pureness, challenge, and enjoyment of street photography.

I fully understand how sometimes to pursue a good shot a certain level of assertiveness is needed, but this can feel like aggression and I am not always comfortable with that feeling. I was surprised to read that Tony Ray-Jones, a wonderful British photographer whose photographs are full of subtle humour and observations, lists the following shooting advice to himself in his personal journal: “be more aggressive.”2

Practitioners of street photography have differing approaches to ethics in their work. Within my circle of colleagues and friends, gratuitous shots of homeless people are generally a no-go area, whereas those taken with permission for a specific project are respected. Hip shots are also frowned upon, since we do not want to be seen as sneaky, and more respect is given to peers who are comfortable to hold their camera at the more obvious eye level. The issue of using a flash causes a bit of a divide opinion-wise with some finding it too invasive and others enjoying its use. Some colleagues will photograph the more embarrassing things that happen to people, while some will stay away from those scenes. Staging shots is a huge no-go for a lot of practitioners, although a few others just shrug and get on with it. We are all different and find our own ethical guidelines to shoot by, so there will never be one united opinion. As with many jobs or hobbies, there will always be people who definitely go too far and give the genre a bad name, but most street photographers are decent ethical people, who often will happily engage with people and explain what they are doing, even going so far as to send a copy of the photograph. How we deal with the people we photograph can help overcome any ethical concerns people have because most people photograph for a positive reason; they like something about a person or a scene. As Eve Arnold states, “[t]he presence of the photographer changes the atmosphere the moment the subject becomes aware of the camera… What I learned was not technique, but that if the photographer cares about the people before the lens and is compassionate, much is given. It is the photographer, not the camera, that is the instrument.”3

Though we are increasingly being monitored by CCTV, which is hidden and not at all about capturing the joys of life, there will always be an issue with street photography for a lot of people. Even the words of Susan Sontag display a conflicted message, seen in her use of words such as “stalking” and “voyeuristic” coupled with “empathy” and “picturesque:” “The photographer is an armed version of the solitary walker reconnoitering, stalking, cruising the urban inferno, the voyeuristic stroller who discovers the city as a landscape of voluptuous extremes. Adept of the joys of watching, connoisseur of empathy, the flâneur finds the world picturesque.”4