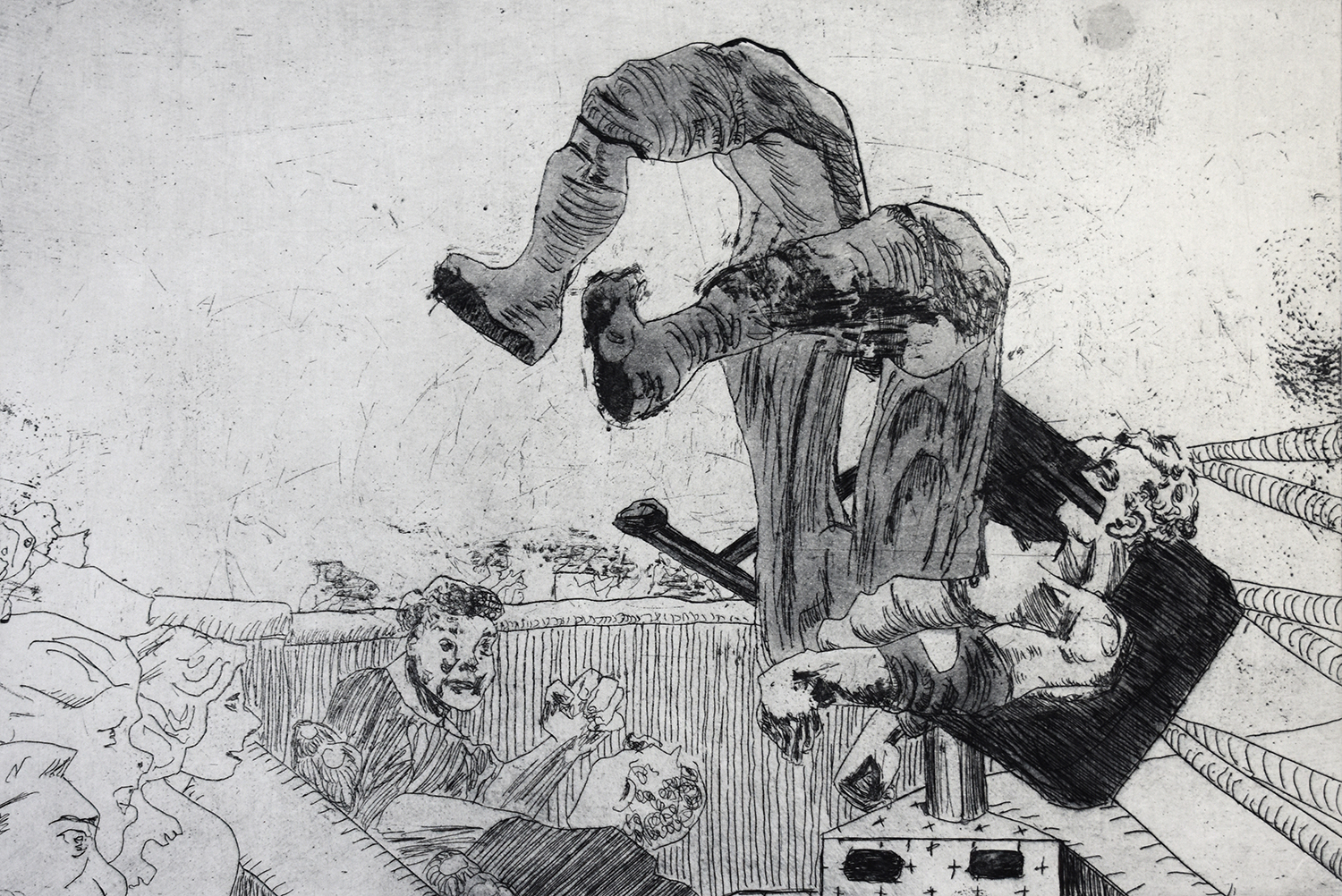 In professional wrestling, violence is mediated by cooperation. Both parties work towards a negotiated end, permitting the other to do violence to them. The resulting spectacle is played as genuine competition. This play allows the hungry crowd to contribute their energy to the spectacle even as they consume it. The wrestlers get paid and head home. The fans anticipate the next false fight.

Disasters of 2K16 recreates wrestling video game glitches in etching through the same processes as Goya’s Disasters of War series. While Goya describes the brutal consequences of war, my work describes warped character models existing in digital space. The same language upholds distorted facsimiles of real people and real victims of a nineteenth century war. This contrast and the mutation of spectacle from real to conceptual through video games grants agency to the viewing audience. They are no longer audience, but actors.

The audience is critical in Disasters of 2K16. There’s a saying in the wrestling business: “A body only has so many bumps.” In the real world, wrestlers exchange their bodies for their living. Bumps draw money and audiences pay. In these video games the viewer no longer cooperates in an exchange of energy and cash but rather directly enacts violence; the competition, too, dries up. Without play competition to serve as an excuse for spectacle, the violence is a self-directed exercise done with no other end than the violence itself. No cooperation, no exchange. The interplay between two wrestlers is replaced with that of the audience and violence. With no interaction between parties, the audience is left alone in a virtual world. They are free to consume the object of spectacle – violence – with nothing to interrupt the consumption. The only thing beyond their control is the glitches. 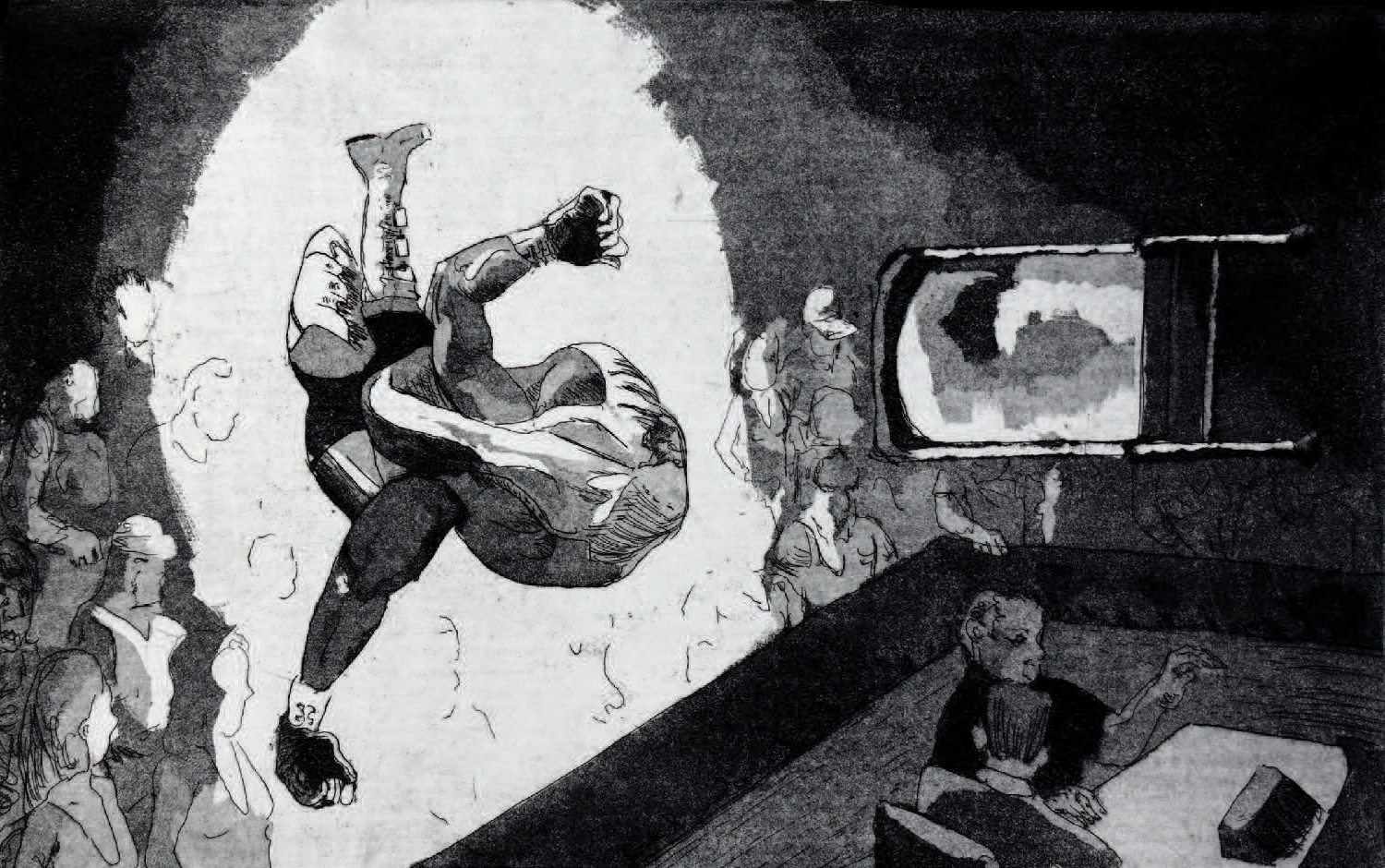 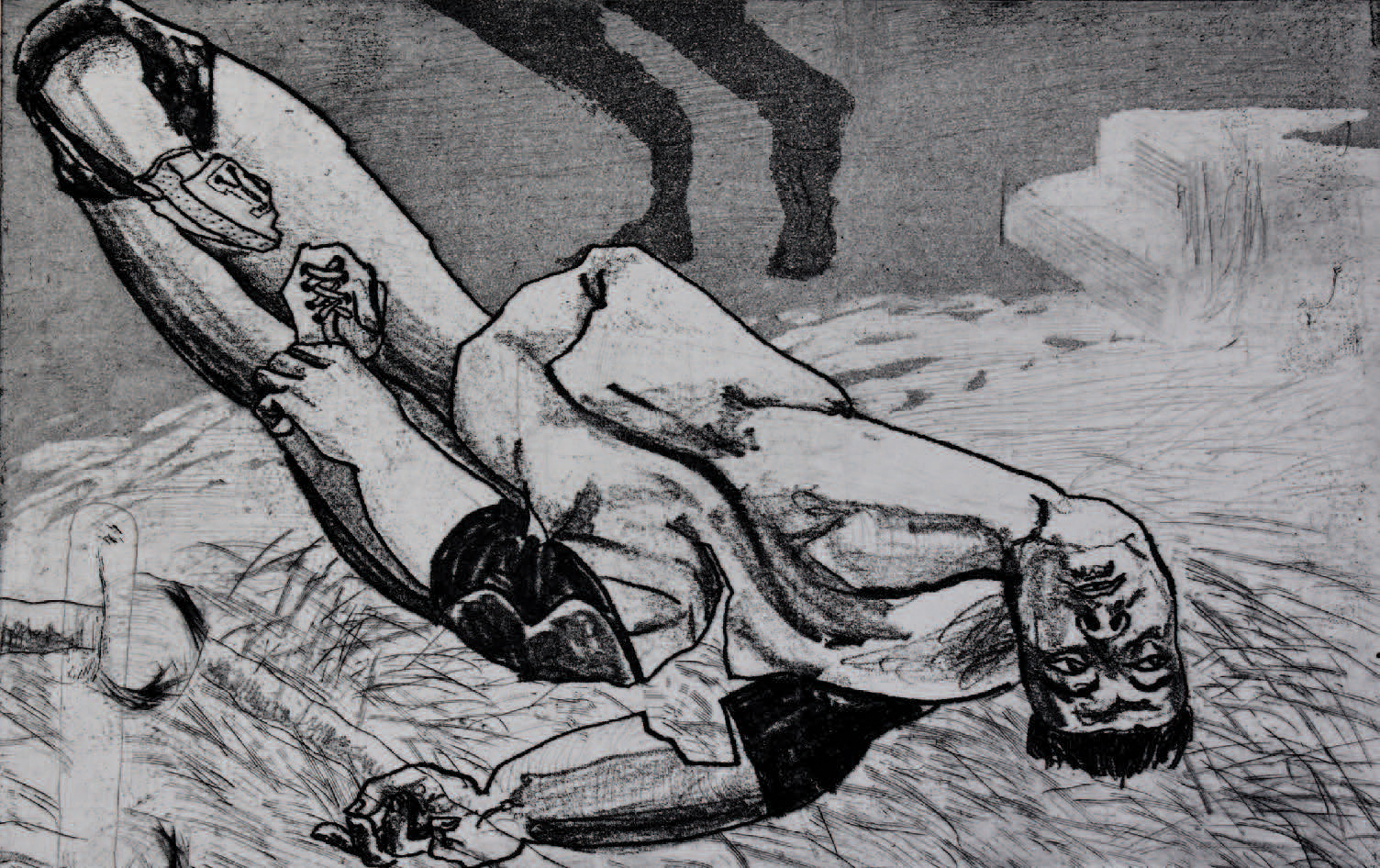 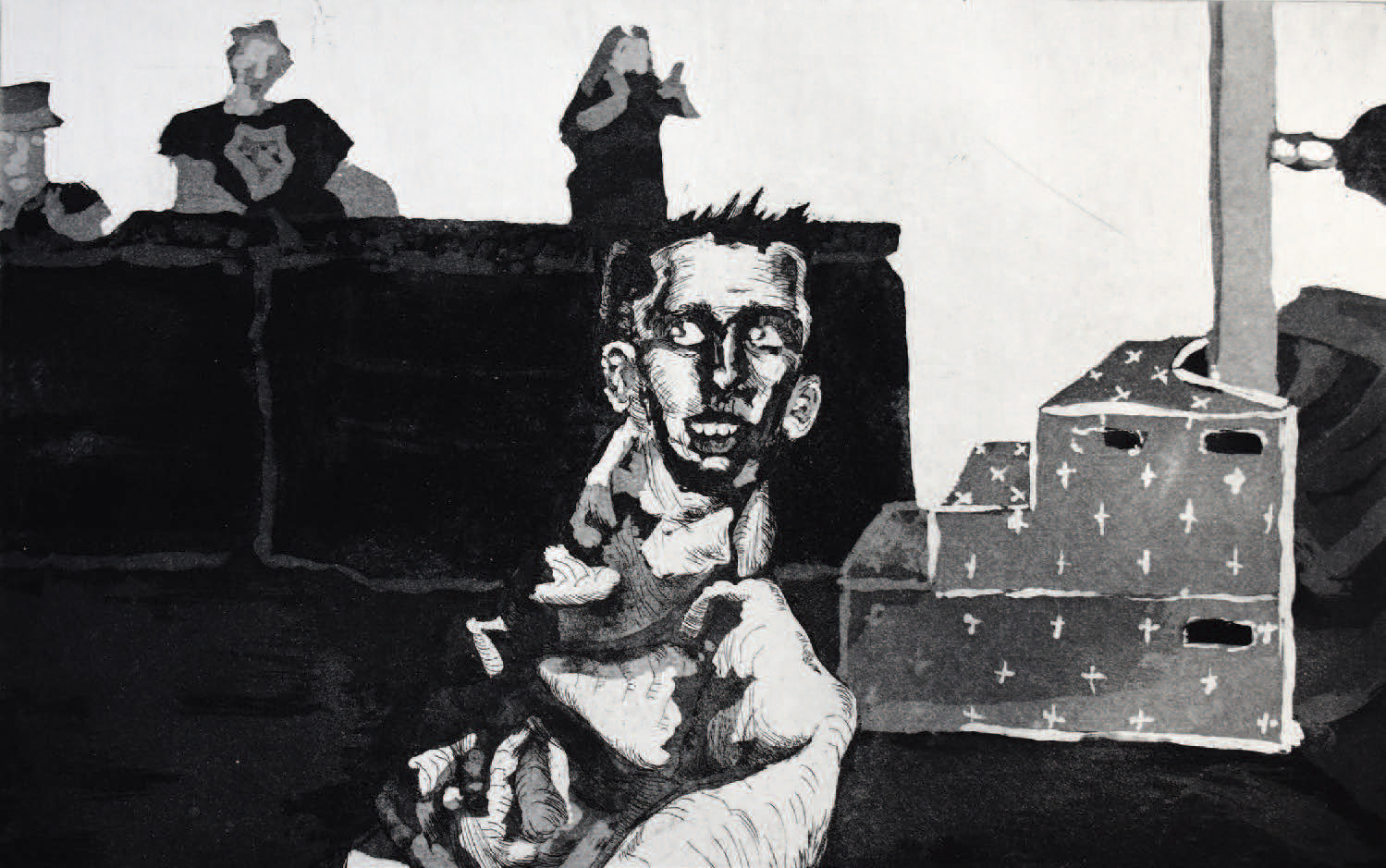 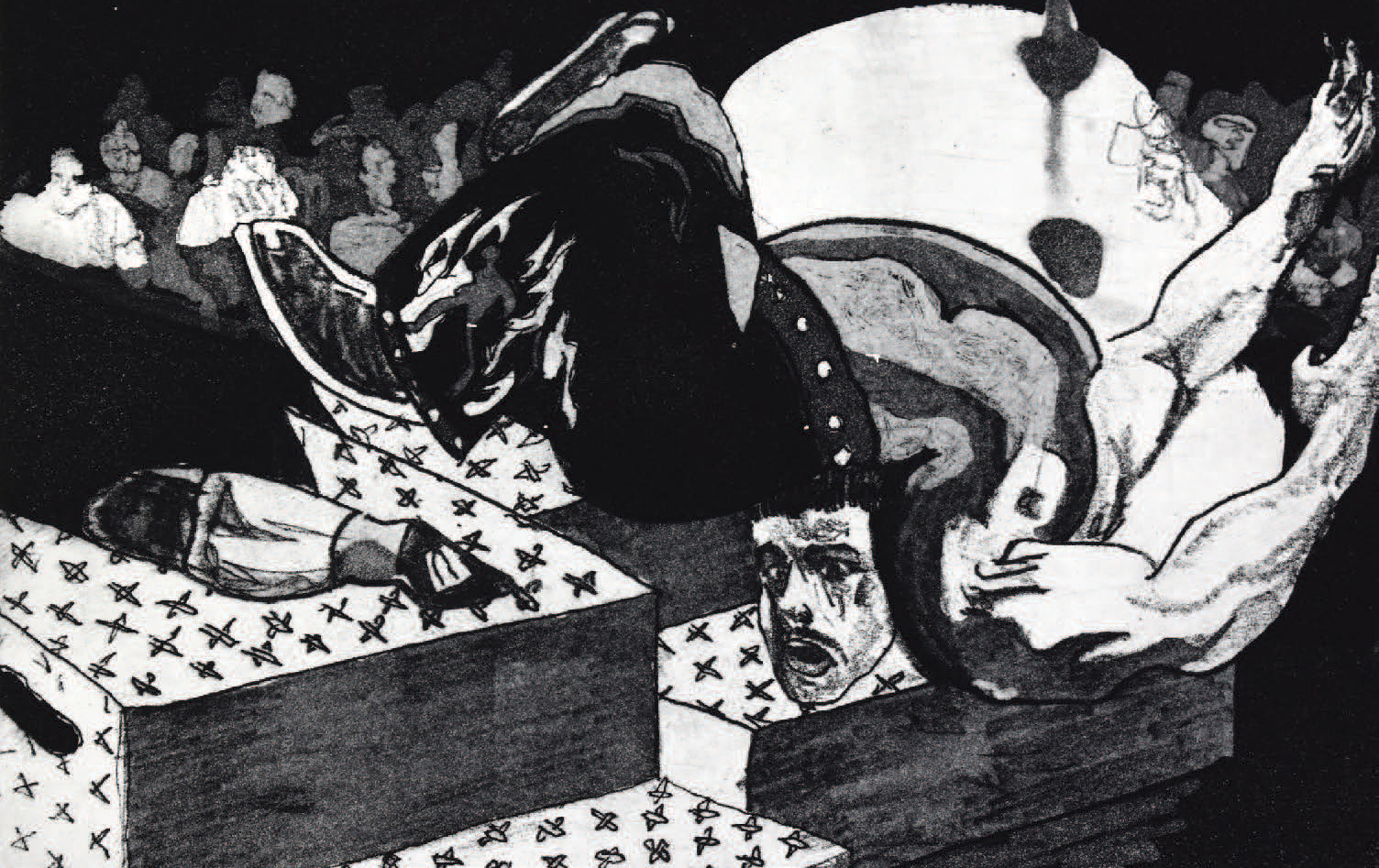 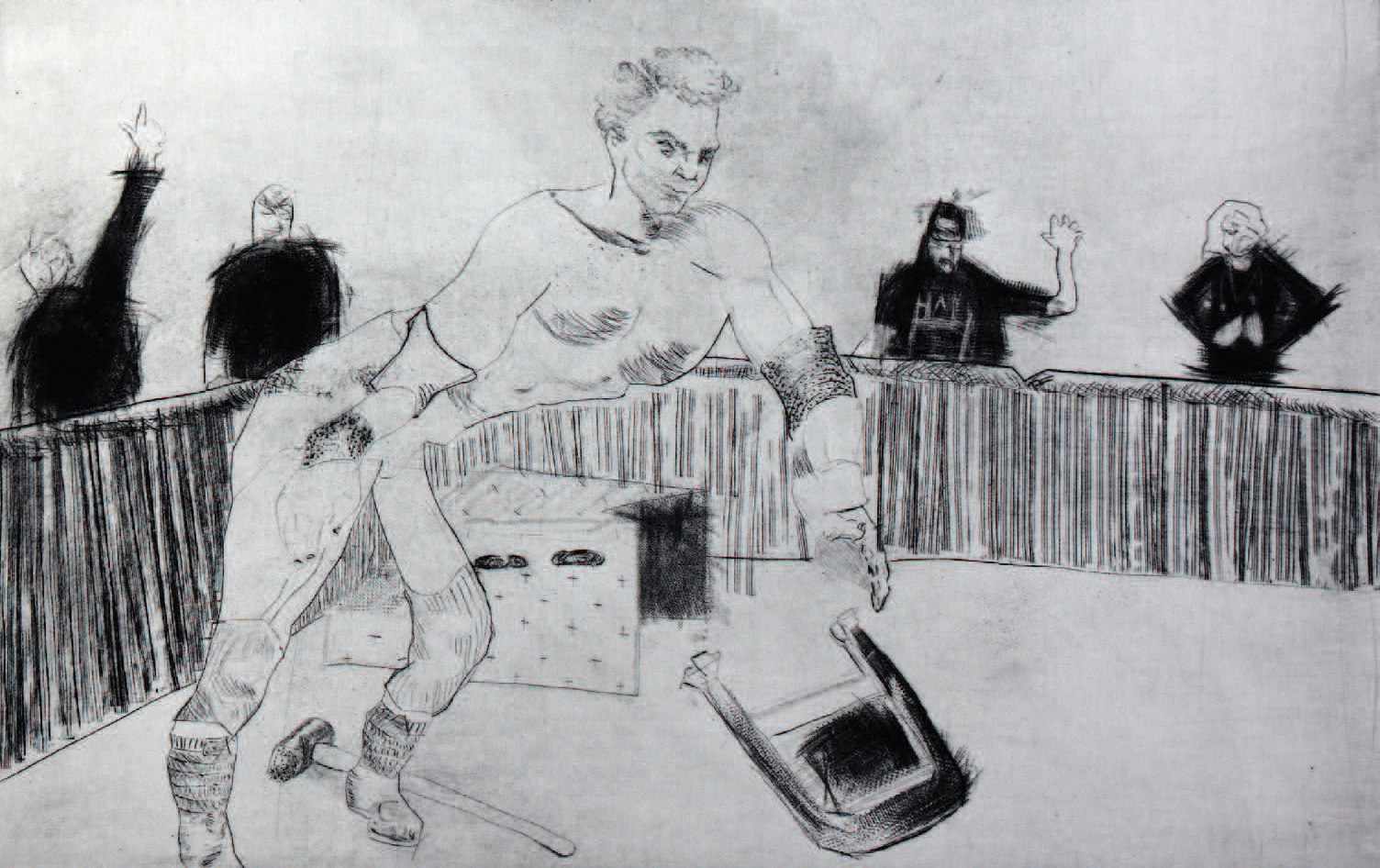 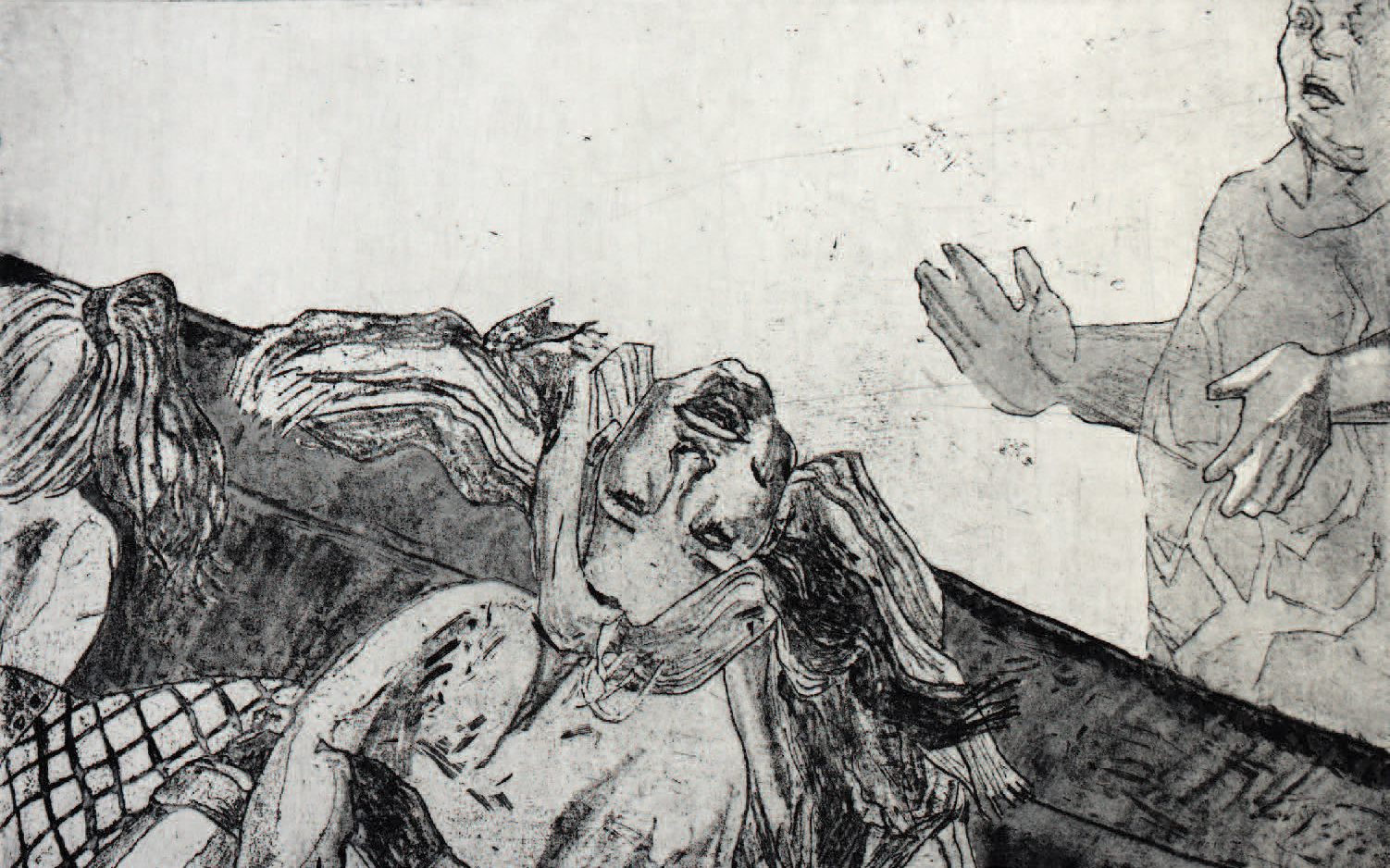