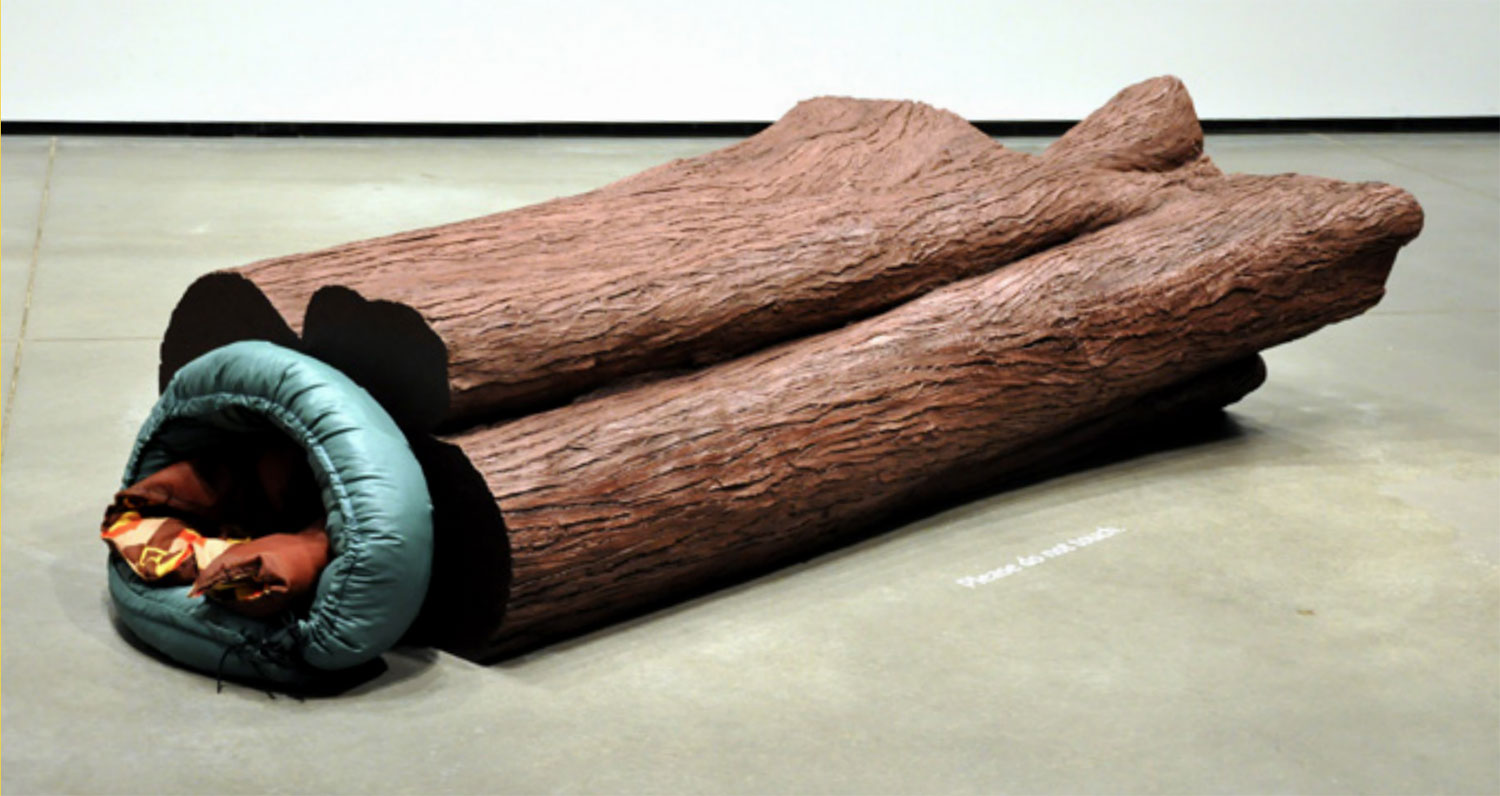 Tinfoil-hat-wearing conspiracy theorists holed up in the woods. That’s what we tend to picture when we imagine survivalists, those dedicated to preparing for doomsday. Survivalism has traditionally been viewed as a fringe phenomenon. But now, that seems to be changing.

The movement is gaining in popularity amongst affluent circles in Silicon Valley and New York City, according to Evan Osnos’ recent New Yorker article, “Survival of the Richest.” This trend can be traced back to the Bush administration’s mishandling of the Hurricane Katrina catastrophe in 2005, when a growing number of Americans lost faith in their government’s ability to protect them. Seeing no other recourse, those with the means to do so have resorted to protecting themselves: buying high-end underground bunkers, remote islands and getaway helicopters and stockpiling ammunition and supplies for an uncertain future.

Of course, critics of this new survivalist movement ask: why don’t these billionaires just use their money to help strengthen the society they fear is going to crumble? Why not, for example, support social institutions to fix the income inequality that’s eroding social stability or fund scientific research examining climate change that’s decimating our planet?

The tension between the instinct to retreat from the collective and to engage with it is at the heart of Survival Guide, the group show at the Art Gallery of Alberta, curated by Kristy Trinier (January 28 – May 7, 2017). The show brings together artists who explore “how to adapt and process current shifting political, economic, personal and environmental challenges to individual safety and stability,” according to Trinier’s curatorial statement. In a world on the brink of ecological, social and economic chaos, how do we survive? 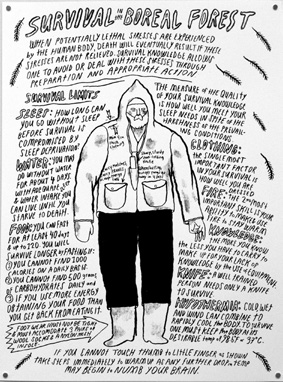 We learn from each other. Or this is what the collaboration between survival expert Mors Kochanski and illustrator Nickelas “Smokey” Johnson suggests. For the show, Johnson illustrated ten core skills put forward by Kochanski that would aid survival in the boreal forest region, including fire building, knot-tying and shelter conceptions. Although Kochanski’s famous 1987 book Bushcraft features his own concise drawings (that could be easily recalled in case of an emergency), Johnson’s artful reproductions—with his signature varied weighted lines—help reach people who might never pick up a copy of Kochanski’s book. This transfer of knowledge enables new networks of relationships to form between individuals—between Kochanski and Johnson, and between Johnson and the viewer—what Trinier would describe as “constellations of connectedness that give rise to the conditions of autonomy.” Although the prints seem to uphold the romantic ideal of man retreating to the wilderness to fend for himself, they also forge new pathways for learning, a potential model for a collective survivalism.

Liz Magor’s sculpture Burrow (1999) answers the show’s guiding question by offering a forceful critique of individualist survival strategies. The claustrophobia-inducing sculpture features a plush sleeping bag protruding from a narrowly hollowed-out centre of a gypsum-cast log. Cast from a living tree on Cortes Island in British Columbia, the log is at once natural and synthetic. It subverts the escapist fantasy of retreating to nature by bringing to mind the nerve-wracking experience of being inserted into the tube of an MRI machine. If we were in fact to squeeze ourselves into the log, we would not be freed from the constraints of our broken society, but rather immobilized by our aloneness. Magor thereby takes aim at the back-to-the-land movement. She throws into question the privileged place “the great outdoors” occupies in our collective unconscious as a site of total freedom. In an interview for Monte Cristo magazine in 2010, Magor explains that the work is intended to get us to examine our need to retreat and to ask “how far would we go in our imagination to escape the anxiety caused by being with others.”

The survivalist trend in Silicon Valley shows us just how far some of us would go.

Looking back, survivalism as we know it today didn’t really take off until the 1970s oil crisis, according to Osnos. Writers at the time tapped into the culture of fear triggered by the rampant inflation and started celebrating frontier-style skills, such as building your own house and growing your own food. The movement then built up momentum during the era of Reagan, who famously said, “Government is not the solution to our problem; government is the problem.” Now with the Trump administration, the urge to retreat again is undeniable and the do-it-yourself mentality is omnipresent. But perhaps it’s time we at least entertain the possibility of more radically cooperative, politically engaged strategies to cope with our current mess.