Belle of the Blue Balls 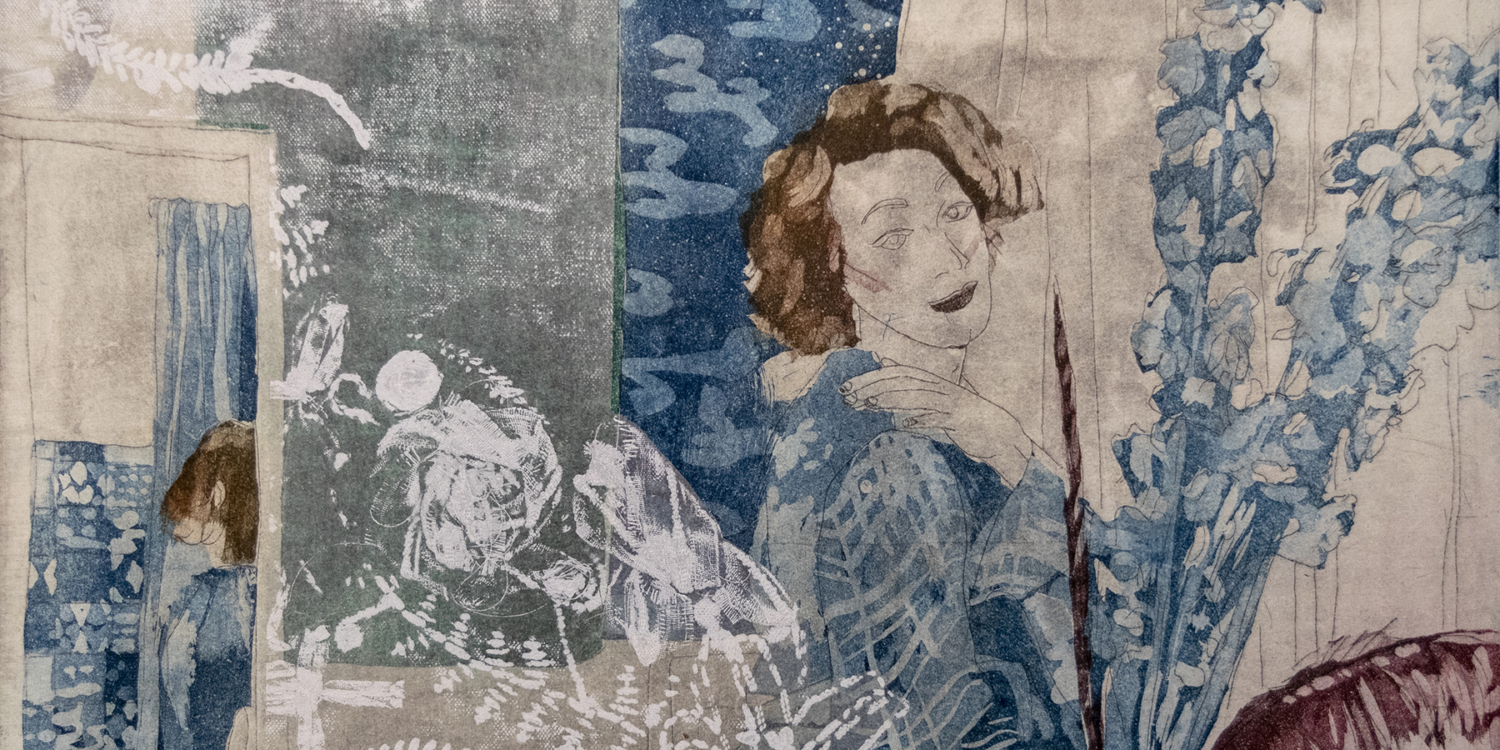 Meet Belle of the Blue Balls, a vampish lady of the court. Modeled after turn-of-the-century female aristocrats, old Hollywood heroines, and your grandmother in her younger years, she exists as one of the now conventional femininities of the past. She is of old money, in the reserved space for dutiful women. She is coy and an illusion, as is plain for any character in a play, drag or otherwise. Her world is centuries or decades old, distant to my predecessors in class and culture, yet inseparable from me. She is not a very convincing deception or perhaps too convincing I forget my body. 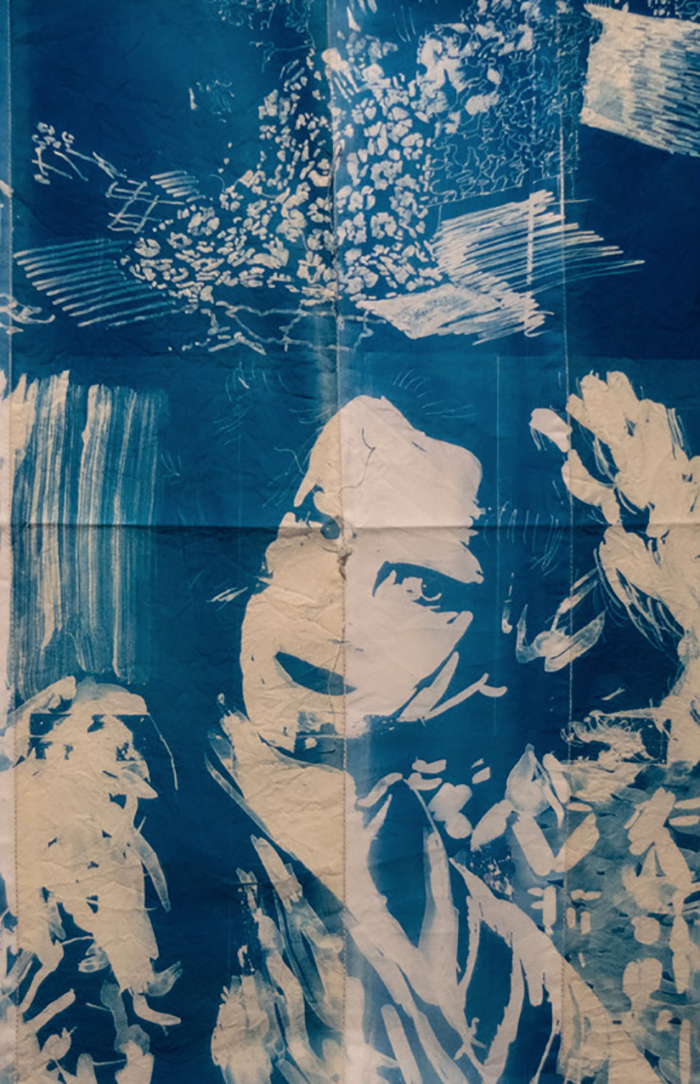 When I become her, I envelop myself in a strange field of indigo and Prussian blue arrangements and fabrics. Together, we create ‘blue postures, attitudes, blue thoughts, blue gestures’1 simulating reality and becoming a mirage of white gender/s. Intense colour and drag captivates or repulses while patterns and decoration distract viewers and suitors. The layered camouflages create a spectacle and persuade you of something else, another place or possibility. We come from before and from now, disorienting, calming, and beautiful; beauty from rulers with persistent legacies. We are mutually entangled in this mess of dysphoria, fluidity, melancholia, and survival. 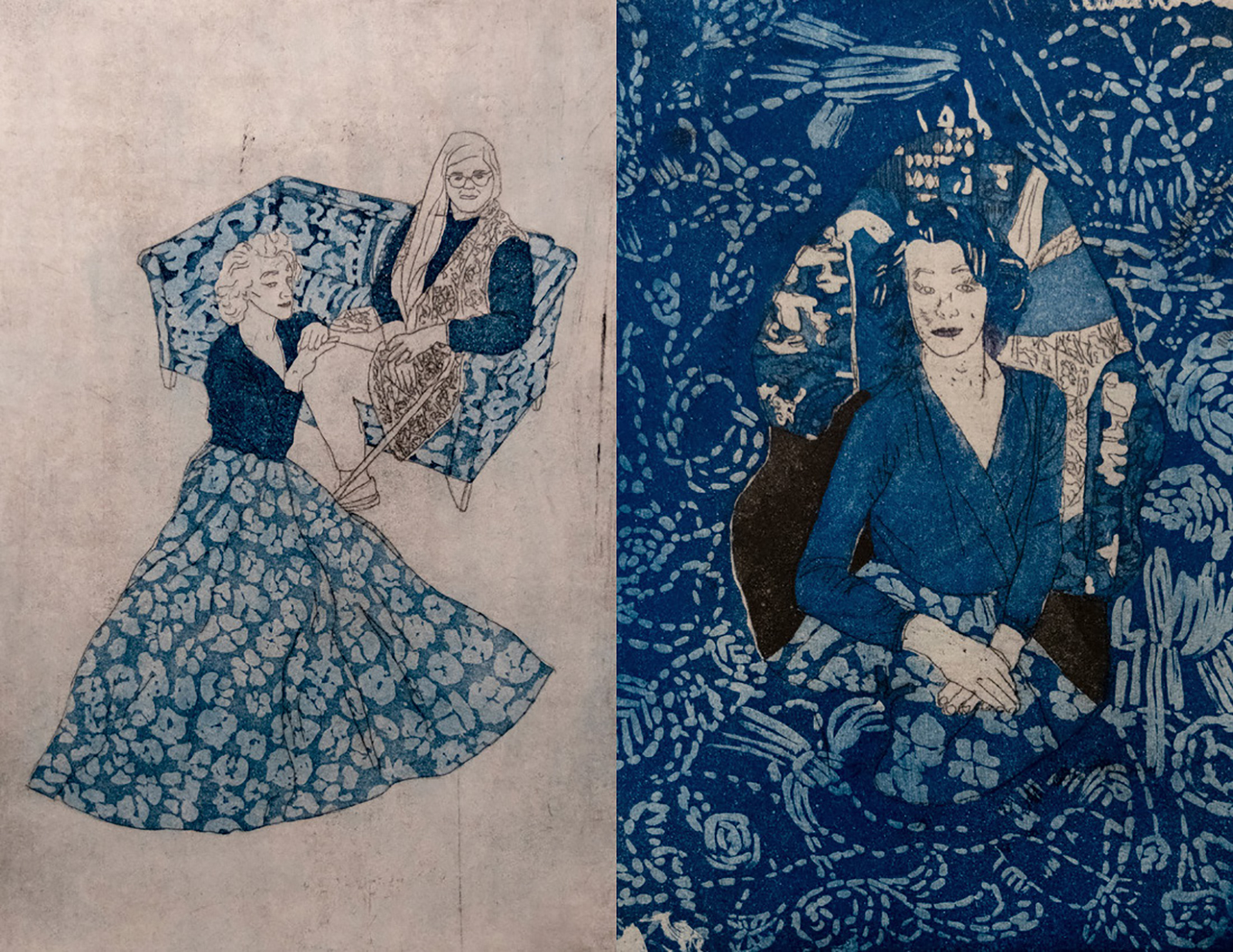 I have turned these photographs into prints and portrait studies, some careful, others carefree. I examine closely, editing and extrapolating compositions and staged effects, while Belle watches and listens with a slight smile. She will live again in another set and another time.

I began with blue at birth, with my first blue shirt, and with blue palettes of family photographs. I celebrate with blue, sleep hugged in blue, compliment and receive compliments in blue. I escape into blue, survive in blue, and the end will also be blue. ▪

On the Arrival of Glass Bookshop
Spectral Apostrophe