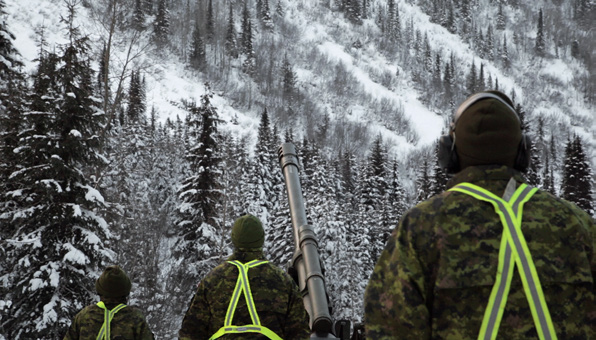 My latest project titled Against Nature is currently being produced in conjunction with the Canadian Forces Artists Program (CFAP). I have been selected as one of six artists who will work with the military throughout 2016-17. Against Nature involves fieldwork in the world’s largest mobile avalanche control program, operated by the Canadian Armed Forces at Rogers Pass, British Columbia. As a national historic site for its significance as a strategic location in the completion of the Canadian Pacific Railway (1885), as well as the Trans-Canada Highway (1962), during the winter months the pass is prone to severe avalanches. My role with the CFAP includes recording high-speed video footage and capturing still photographs with my large format view camera of military personnel while they use a C3 105mm Howitzer cannon to trigger snow slides.

Working with Operation PALACI has been a fascinating experience. Avalanche control in Rogers Pass requires the complete closure of the Trans-Canada Highway, and it is a rare occurrence that civilians are allowed access to Glacier National Park during this time. While the enemy in the “snow war” is the mountains, the forces of nature are powerfully real. The 18-kilometre section of highway that passes through the park receives up to 15 meters of annual snowfall, and 130 avalanche paths cross this busy transportation corridor. Military personnel are required to undergo avalanche training and carry transceivers at all times when leaving the safety of their compound. The scenery is majestic, but the work is tiresome. Each day begins early with the Sisyphean task of clearing snow from concrete rings at 17 gun positions between the east and west gates. The military work in partnership with Parks Canada, who conduct weather forecasting and snowpack analysis, as well as with highway crews who clear the snow debris left behind. Closing the highway is costly; therefore the operation’s coordinated efforts must run efficiently. 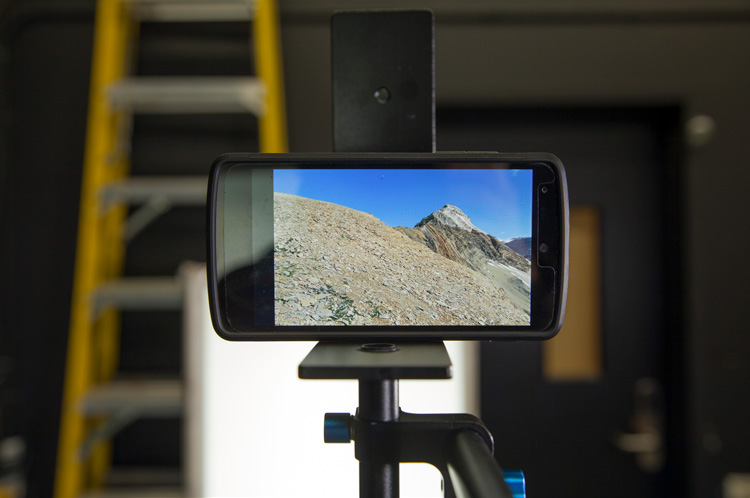 The Operation PALACI troops are known as the “Snow Punchers”, and they warmly welcomed me in to their barracks during my visits. I ate meals with the troops in the cafeteria, and charged camera batteries and backed up video footage with my laptop in the lounge. I learned the rank abbreviations, in order to properly address the TSM (troop sergeant major), or the TC (troop commander), and to follow the chain of command. I gained the nickname “reporter”, as I moved from vehicle to vehicle, following crews of personnel as they engaged in various activities around the barracks and along the highway. There are two annual rotations of personnel during an avalanche control season, which runs between November, and April. This year, the artillery troops are from 1st Regiment, Royal Canadian Horse Artillery, based out of CFB Shilo, Manitoba.

Back at home in Kelowna, I turn on CBC radio and listen to the morning news and weather report. There is a snowfall warning in Revelstoke, and another imminent closure of the Trans-Canada Highway. I think about the motorists queuing as the Snow Punchers set to work, and it feels like a dream that I was able to witness this process from the inside—like a fly on the wall. The entire scope of my project will address the numerous ways in which rail and highway engineering are integrated in this landscape, as well as the history of tourism and photography of the area. Operation PALACI is one component in a complex avalanche control program, involving multiple static defenses, including railway tunnels, snow-sheds (tunnels that vehicles pass through), earth dikes (that direct snowslides over the sheds rather than across the highway), and earth mounds (that serve to break up and slow down the slides). My time as a CFAP artist has galvanized me to create a body of visual art that speaks to the juxtaposition between the natural impressiveness of this place, and its anthropogenic characteristics.

Using photography and video, my work often tends to explore the effect of various technologies on the perception and development of landscapes. Today, I have begun to consider mobile camera technology in the creation of immersive representations of the Rogers Pass corridor. Accelerometers and gyroscopes built into this technology permit a new level of involvement with the photographic image, which paradoxically renders the natural landscape more surreal. So far, my research has considered the heightened tension between the photographed landscape and the context of the studio or gallery in which the work of art is constructed or, ultimately, viewed. 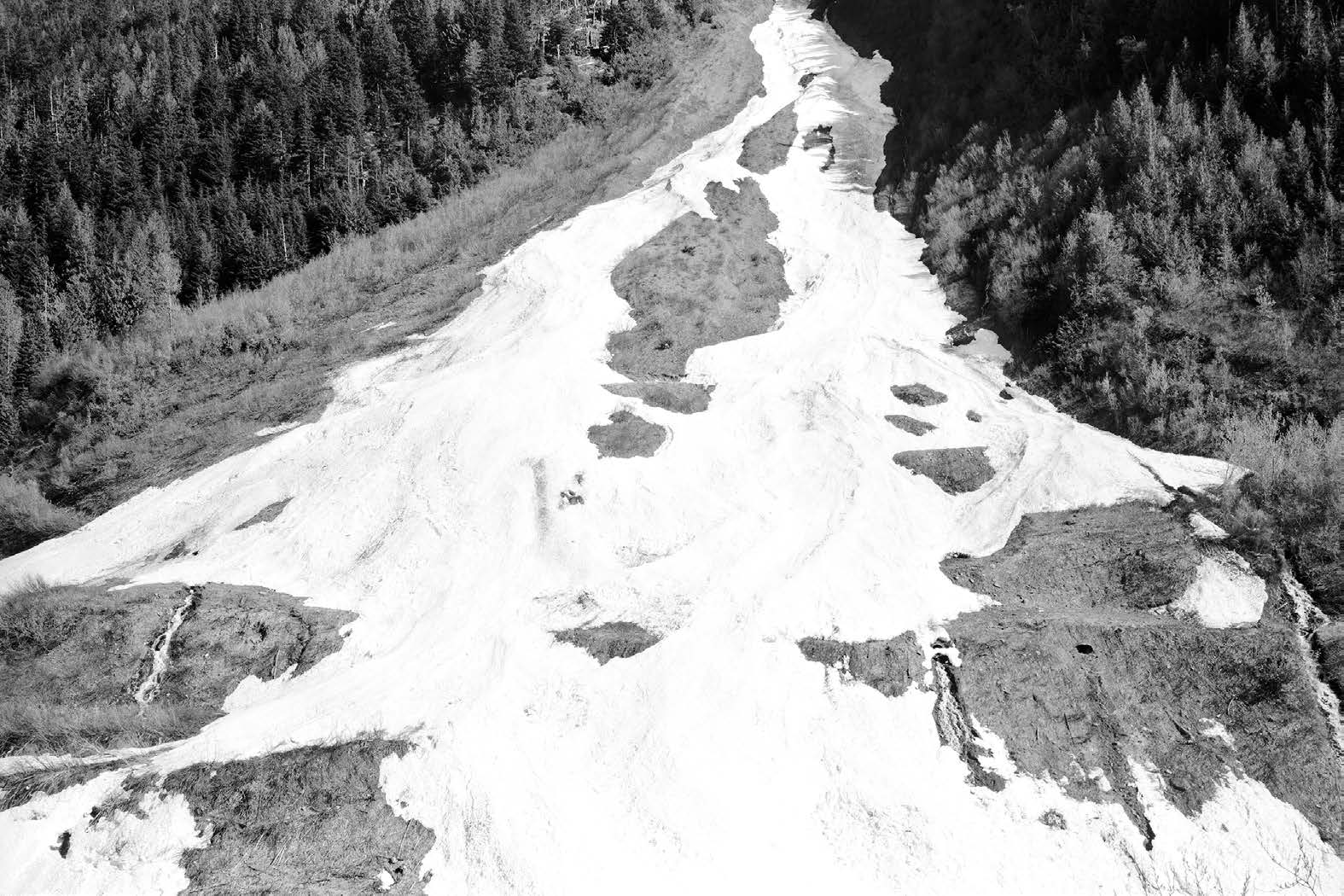 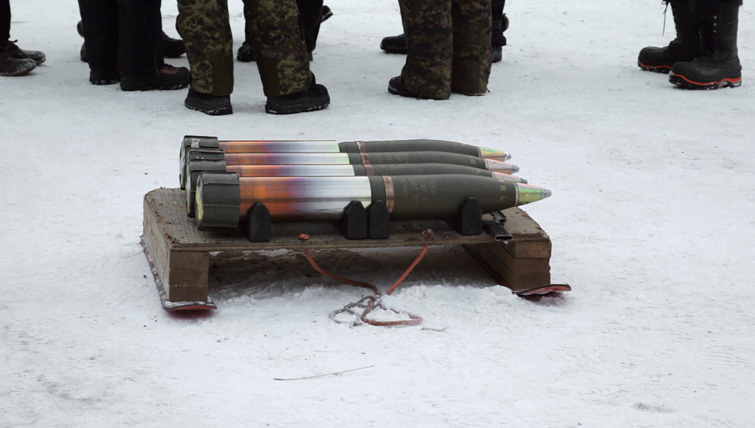 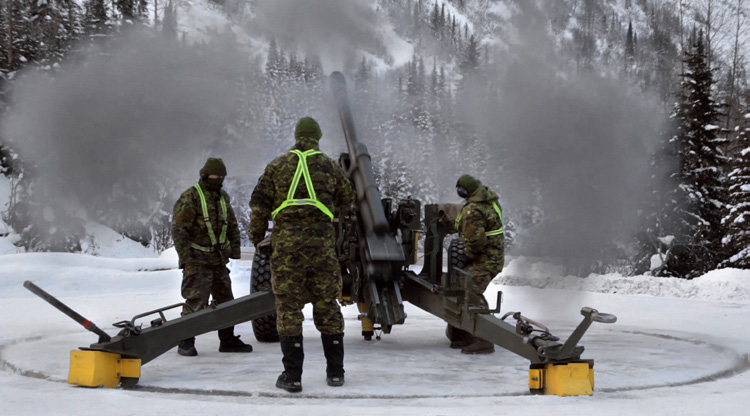 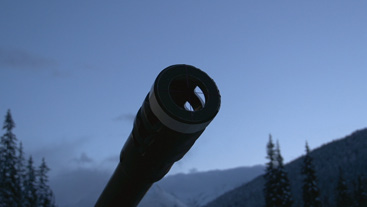 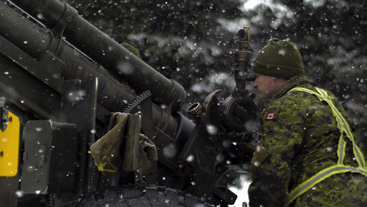 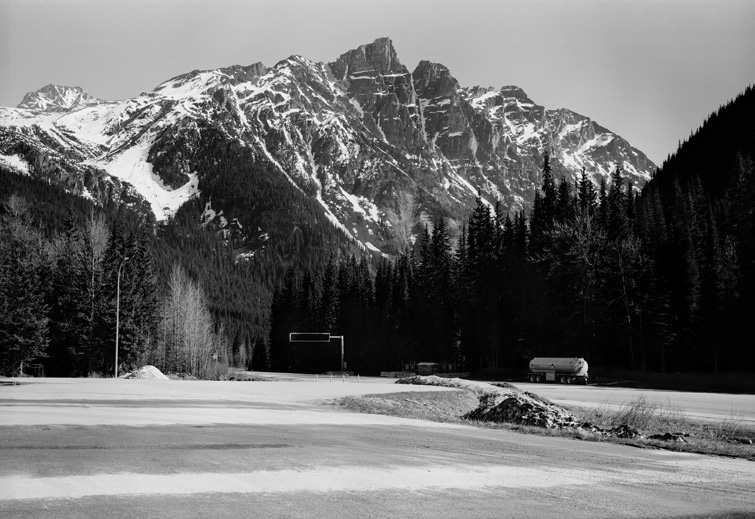 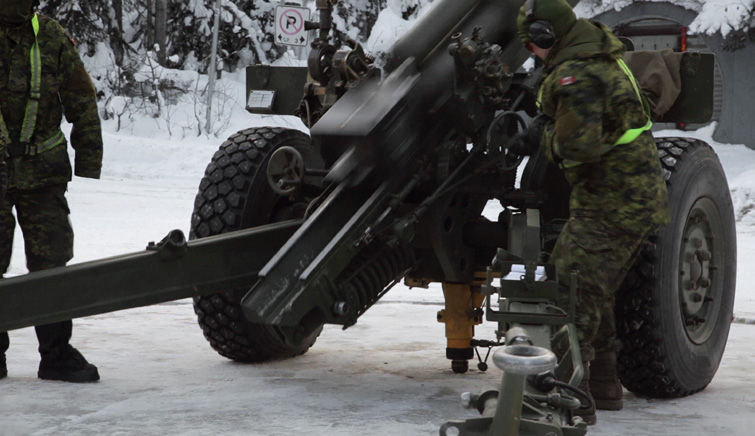