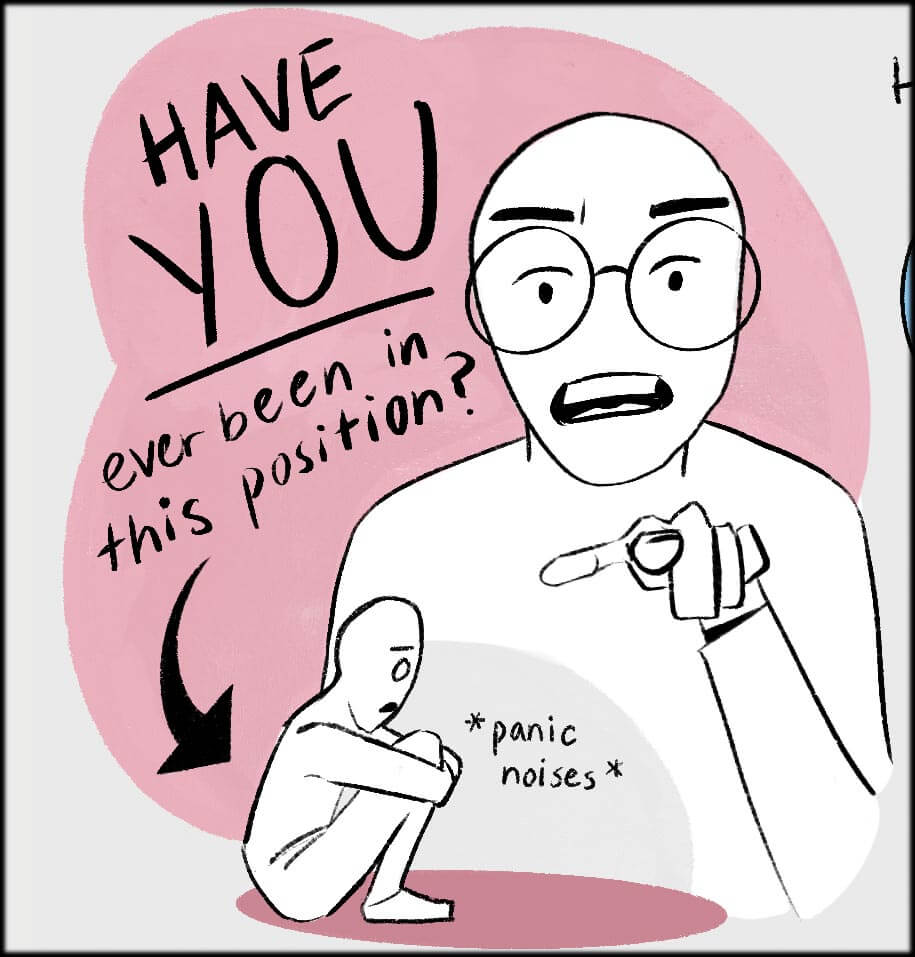 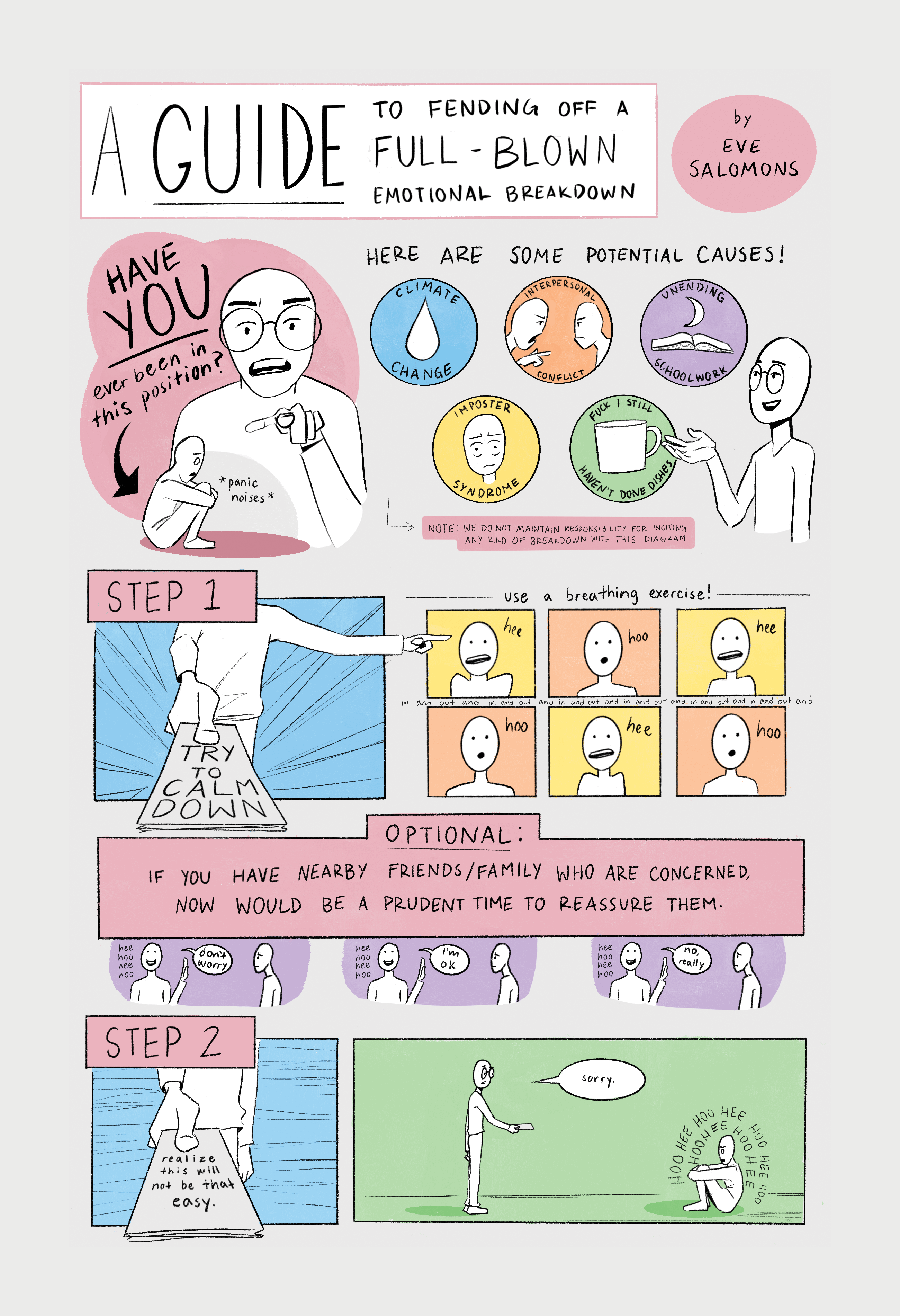 Eve Salomons is currently a student in the UBC Creative Writing program in Vancouver, but grew up in Edmonton, Alberta. They really enjoy making comics and illustrations that are often just a little too personal.

A comic titled ‘A guide to fending off a full blown mental breakdown’ by Eve Salomons.

Panel 1: A person with no defining features leans forward and asks ‘Have you ever been in this position?’, pointing to a person sitting in fetal position and making panic noises.

Panel 2: The narrator points to 5 icons saying ‘Here are some potential causes’. The icons are labelled ‘Climate change’, ‘Interpersonal conflict’, ‘Unending Schoolwork’, ‘Imposter syndrome’, ‘Fuck I still haven’t done dishes’. There’s a note that says “We do not maintain responsibility for inciting any kind of breakdown with this diagram”

Panel 3: STEP 1: The narrator thrusts a book at you that has the text ‘Try to calm down’, and points to some panels of a person doing breathing exercises saying ‘hee hoo hee hoo’.

Panel 4: A caption reads ‘Optional: if you have nearby friends/family who are concerned, now would be a prudent time to reassure them. The caption is accompanied by images of a person smiling and saying ‘heehooheehoo’ while a concerned person looks on.

Panel 5: STEP 2: the narrator gives you another book that reads ‘realize that this will not be that easy’. The next panel shows the narrator saying ‘sorry’ while holding the book out to someone who is sitting on the floor in fetal position saying ‘heehooheehoo’.

Panel 6: STEP 2.b: The narrator faces the reader and says “realize that getting your breathing under control, your thoughts back on track, your tone of voice measured and even, and your entire nervous system calm again,

“is a task the size of Kilimanjaro. Your legs are broken, and you are dragging yourself by your fingernails.” Below this dialogue are images of a person climbing a mountain laboriously.

Panel 7: The person’s hand slips while climbing, and they fall into a dark chasm below. The narrator continues “But –  what’s the alternative?”

Panel 8: The narrator sighs and straightens their glasses, and says “I don’t know what’s at the bottom. I’ve never been. I don’t even know if you can come back from it. So…” They take something out of their pocket.

Panel 9: The narrator bends down and hands the person sitting down a new book, this one says ‘STEP 3: Start to climb’