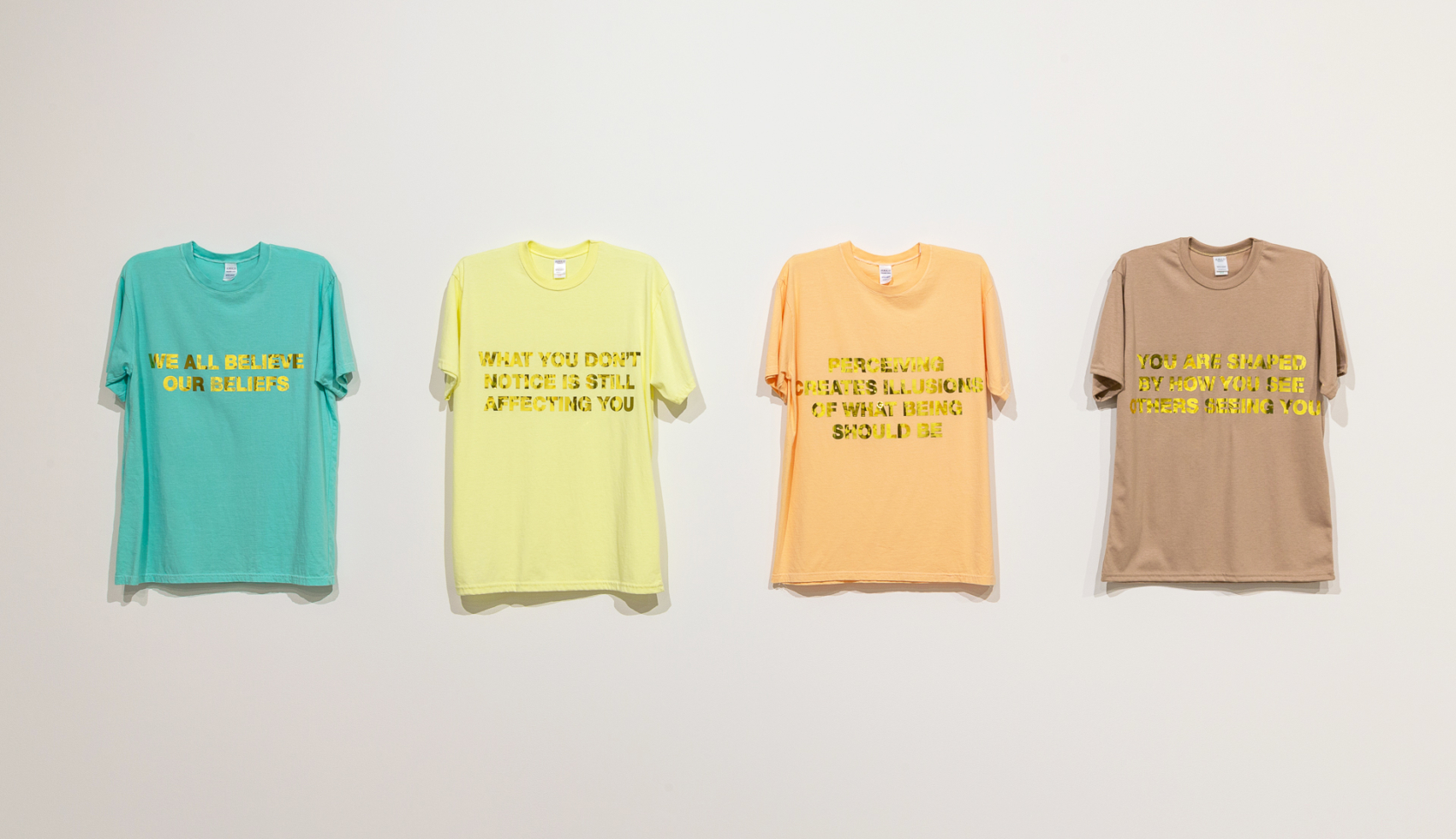 You see what you don’t see explores beliefs that influence our perception of value. The work surveys how an environmental space contains assumptions that are embedded in the fabric of that built environment. Thus objects in our world take on ideological meaning, expressing a certain set of virtues that reinforce our preconceived sense of ‘who we are,’ forming a Cartesian Circle.

In this vein the work deconstructs and reconstructs familiar objects, environments, systems and semantics in order to reveal their prosthetic quality towards value. Namely the cognitive and socio-political significance produced by a particular object or space comes into view when the underlying presumption is altered. Qualities once thought to be inherent now can be understood as contingent. Philosopher Georg Simmel warned that, “The individual has become a mere cog in an enormous organization of things and powers which tear from his hands all progress, spirituality, and value in order to transform them from their subjective form into the form of a purely objective life…”

Our noble quest for objectivity has distorted our perceptions of value. This exhibition attempts to recalibrate known systems like environmental objects, consumerist identity, currency and dialogue, by blurring the lines between the concrete and the conceived. –St Marie φ Walker

Denise St Marie and Timothy Walker are a collaborative dyad. They met while practicing independently in 2005. Combined they have these interesting acronyms: BFA, B.Ed, MFA, BA [Phil.], MFA. Both independently and jointly they have received artistic funding in which they use to deliver quality experiences for other humans. Noted exhibitions include Hamilton Supercrawl, CAFKA, Nuit Blanche Toronto, The Art Gallery of Mississauga, Art Mûr, Art Souterrain [Montreal], Markham Museum, the Art Gallery of Windsor, the University of Waterloo Art Gallery, the Thames Art Gallery, Malaspina Printmakers [Vancouver], Idea Exchange [Cambridge] and CBC’s Artist series This Artworks! They have also received commissions from the cities of Mississauga, Kitchener and Waterloo and their first book was part of Literaturfest Luzern 2020 in Luzern, Switzerland. In 2018, St Marie φ Walker were both individually awarded a Governor General’s Academic Gold Medal from the University of Waterloo. Lastly, they both experience great mirth by executing rogue art interventions. Installations dating from 2000 until the present include locations such as Victoria [BC], the Niagara Region, the Canadian Prairies, Japan, China, Las Vegas, Chicago, Detroit, Windsor, London [ON], Toronto, Vancouver and Montreal under their alternate pseudonym TIMEANDDESIRE.