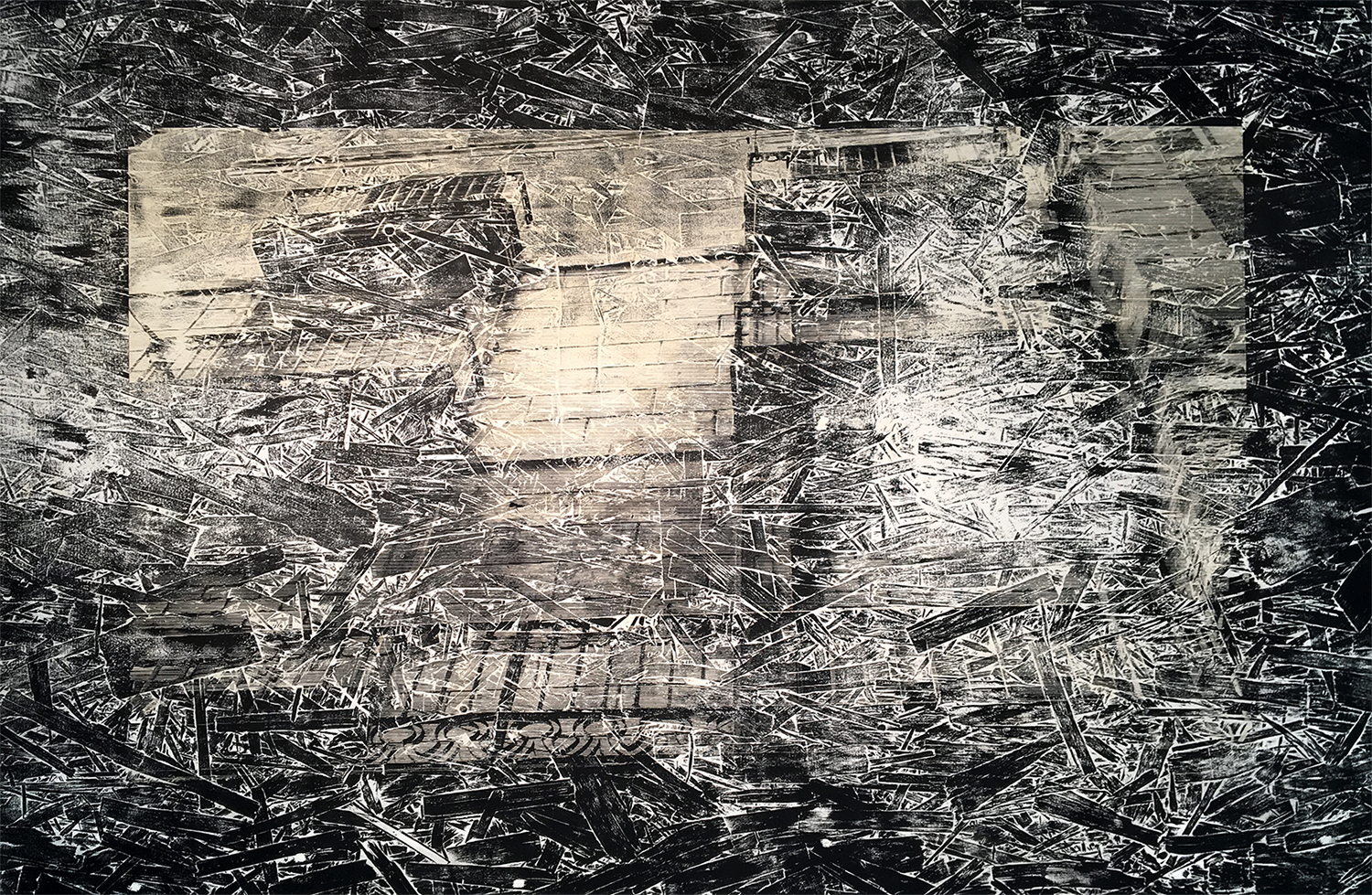 “The Rest and the Void is an immersive installation composed of large scale black and white woodcuts that reflect the changing city environment; disjointed, fragmented, and under construction. More specifically, the installation considers the evolving landscape of urban areas, the changing concept of what it means to live in cities, and presents an exploration of both what cities should be, and for whom they should be… Our identities are intimately tied to the places we call home. As these landscapes undergo ceaseless construction, we become aware that our communal and personal identities exist in a state of constant flux. As housing becomes increasingly precarious, the socio-economic forces that drive gentrification leave people longing for a sense of ‘home’. The Rest and the Void attempts to reveal the fragility of the things we assume to be permanent by demonstrating; that the future of our cities is more vulnerable than we think, and that the places we call home are increasingly under threat.

The Rest and the Void constructs landscapes by rearranging and stacking artifacts collected from sites of architectural destruction and construction in Montreal. These images are edited and laser engraved into the paper itself. They are then relief printed using sheets of compressed wood to reference building materials, and to create interruptions in the print surface. This breaks down the image of architecture, and combined with the chaotic pattern of the pressed wood, creates a visual confusion as the eye moves in and out of recognition. Through this method The Rest and the Void hopes to convey an uneasiness, as well as a space to question the current shifts in cities, and to consider the possibilities for coexistence and change within them.”

Christeen Francis completed her BFA at NSCADU, spent nine years in New York City, and recently returned to her hometown of Montreal to pursue an MFA in Print Media at Concordia University. Primarily a screenprinter and musician, she ran a print shop in Brooklyn and played in several bands. A long time activist and printmaker, she is committed to print that engages with local communities and the public at large. She has exhibited in Canada, the United States, Germany, and Iceland. Her research interests include the right to the city, urban wildlife, displacement, and the homogenization of cities and culture.

Opening reception: Friday, October 11th, 7-9 pm
with and Artist’s Talk at 6 pm in the Printshop